'As a city, we cannot continue on this current trajectory of losing police officers' 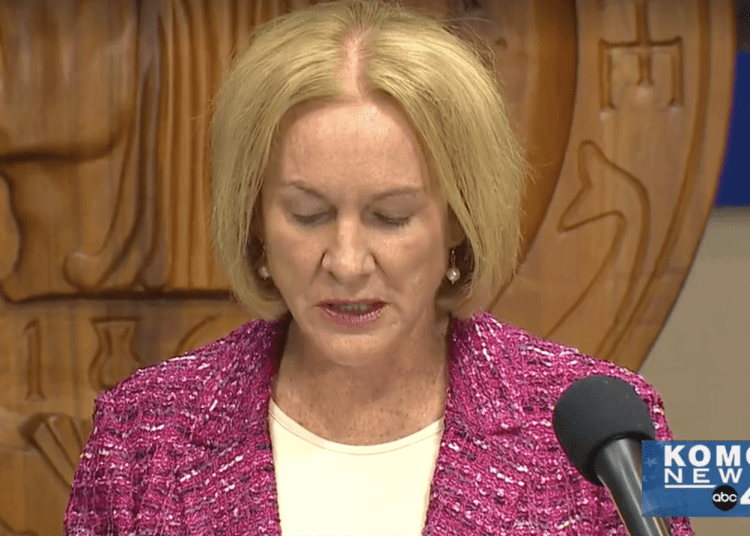 SEATTLE — The mayor of Seattle laments departing cops and is calling on the city to replenish its depleted police department after six separate shootings rocked the area over the weekend.

“As a city, we cannot continue on this current trajectory of losing police officers,” Seattle Mayor Jenny Durkan said during a Monday press conference. “Over the past 17 months, the Seattle Police Department has lost 250 police officers which is the equivalent of over 300,000 service hours. We’re on path to losing 300 police officers.”

Although Seattle political leaders and activists have been on the forefront to “defund the police,” Durkan noted the weekend violence is a “reminder” that there are certain emergency situations that require sworn police officers, Fox News reported.

“We are creating meaningful alternatives,” Durkan said in reference to the city removing funding from the police budget and redirecting monies and manpower to community based groups. “But, as I said last year, the city has an obligation to still continue constitutional policing and respond to 911 calls. It is a false choice between community-led solutions and police officers. We need both.”

The mayor said she will be submitting a plan to hire more officers and rebuild the depleted department.

“Not unexpected, losing these number of officers, when city leaders talk about cutting the department by 50%,” Durkan said. “You will lose employees. Families need security. Workers, even police officers, need working conditions that support them. We cannot just cut. We need a plan.”

Durkan noted “even police officers need working conditions that support them.” This is an astute observation since so many departing officers have given the city a tongue lashing as they’ve left. But the only way to change “working conditions” is to appreciate and support the “worker.” It’s unclear if political leaders have a desire to make necessary adjustments.

Seattle Police Chief Adrian Diaz also spoke at the press conference. He concurred that the lack of officers has made his job more difficult.

“I need more officers,” Diaz said, adding that he can hire more officers but also needs support from the city “making it clear to officers, current and prospective…that they will have our support, financially and otherwise, to do this job well and know they will not be laid off due to budget cuts.”