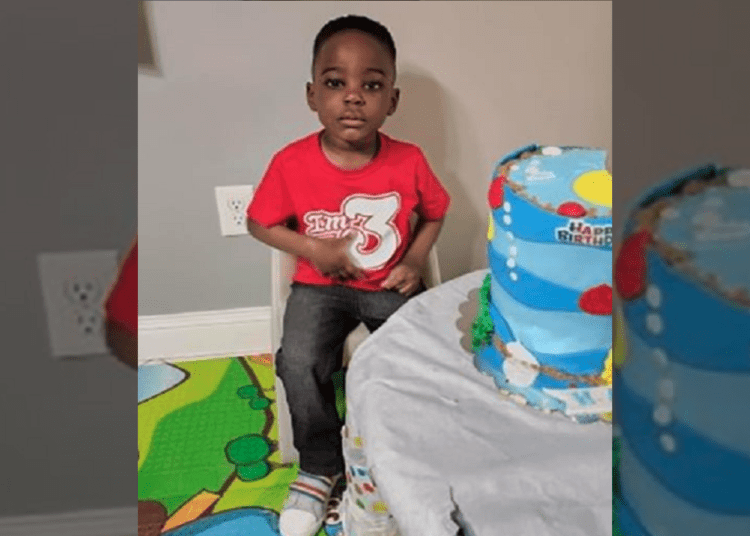 LOWELL, Mass. – A massive search for a missing 3-year-old boy had tragic results when he was found dead a day after he disappeared from his babysitter’s home, authorities said Wednesday.

Harry Kkonde was located just after 1 p.m. Wednesday in a pond near Rollie’s Farm in Lowell, Massachusetts, after he vanished Tuesday morning, officials said.

It was unclear how the boy reached the pond, which is situated about 650 feet from where he went missing, the Boston Herald reported.

“We do not know where he was from the time he was missing until he got to pond,” Middlesex County District Attorney Marian Ryan told reporters. “This is every parent’s worst nightmare, a child who disappears.”

“This is clearly not the result that anyone over these many hours of search would have anticipated or wanted,” she added.

The toddler’s body was located and recovered by divers of the Massachusetts State Police in about five feet of water. The boy sustained no external trauma and he was fully clothed, Ryan confirmed.

Moreover, she said the pond had been searched soon after the youngster went missing.

“Many, many places were searched and re-searched,” Ryan said.

Before he disappeared, a neighbor had seen Harry outside, but he then vanished, Fox News reported.

“And at some point then the neighbor noticed he wasn’t there and made inquiries as to where he had gone,” Ryan said.

About 200 first responders scoured the area near where the boy was last seen when he went missing sometime between 9:15 and 9:30 a.m. Tuesday morning. By Wednesday, law enforcement personnel — including an underwater recovery team — staged at a farm just behind the neighborhood before they found the child’s body.

Officials did not indicate if they suspect foul play, but they expressed heartfelt grief at the outcome.

Interim Lowell Police Superintendent Barry Golner, as well as Carlisle Police Chief and Northeastern Massachusetts Law Enforcement Council Control Chief John Fisher and State Police Lt. Col. Scott Warmington, expressed their sympathy to Harry’s loved ones and their thanks to law enforcement personnel for the massive search effort, according to the Boston Herald.

Joe Bonavolonta, special agent in charge of the FBI Boston Field Office, said agencies across the state coordinated efforts and came together to form a sizable team to recover this missing child, dedicating more than 30 hours to the search that ended with a devastating discovery.

“Whenever there is a missing child, it’s an all-hands-on-deck affair throughout local, state and federal law enforcement,” Bonavolonta said at the press conference. “Obviously, it was a tragic outcome here.”