The woman was eight months pregnant when she was brutally killed 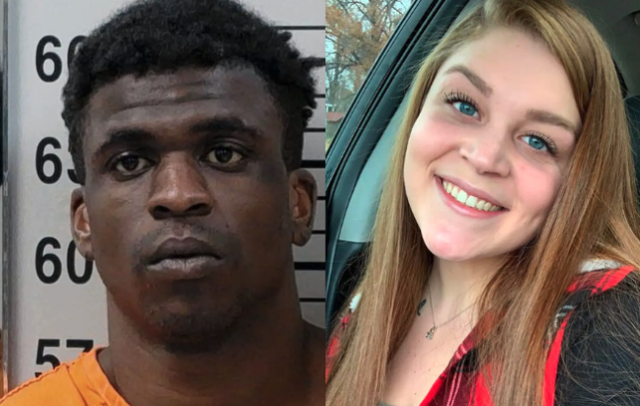 ALTON, Ill. – A pregnant woman was decapitated at her residence where her head was discovered in a dumpster. Now her ex-boyfriend is charged with several murder-related crimes in the savage homicide, authorities said.

The remains of 22-year-old Liese Dodd were discovered last Thursday at her home in Alton, Ill. Deundrea Holloway, 22, was charged with two counts of first-degree murder, two counts of intentional homicide of an unborn child, dismembering a human body, and concealment of a homicide, the St. Louis Post-Dispatch reported.

Holloway was arrested last Thursday on an unrelated bike theft case about 30 miles from the crime scene. Authorities made the connection after he was taken into custody.

Dodd was nearly eight-months pregnant when she was murdered. Her head was discovered in a dumpster outside her apartment, according to the news outlet.

“What was observed, what was learned, what was found, is absolutely terrible,” Alton Police Chief Marcos Pulido said. “She was decapitated by a freaking savage monster.” 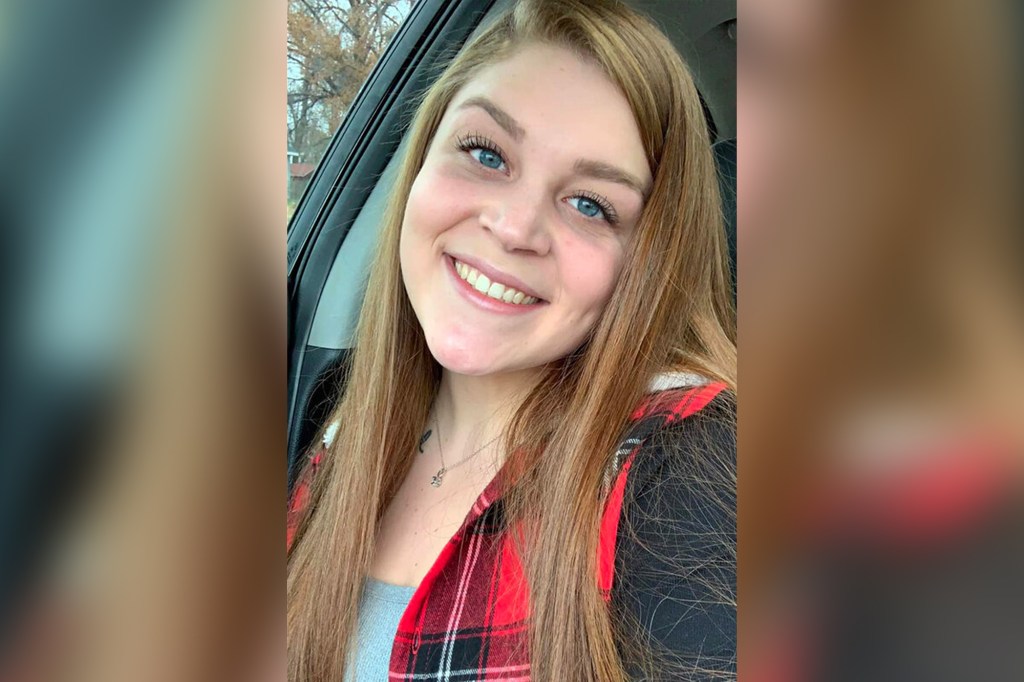 Liese Dodd was the victim of a horrific homicide where her head was decapitated. (Alton Police Department)

Heidi Noel is Dodd’s mother. She discovered the gruesome crime scene on Bolivar Street when she went to check on her daughter last Thursday after not hearing from the young woman.

Dodd was expecting a baby girl on July 27, according to the news outlet. 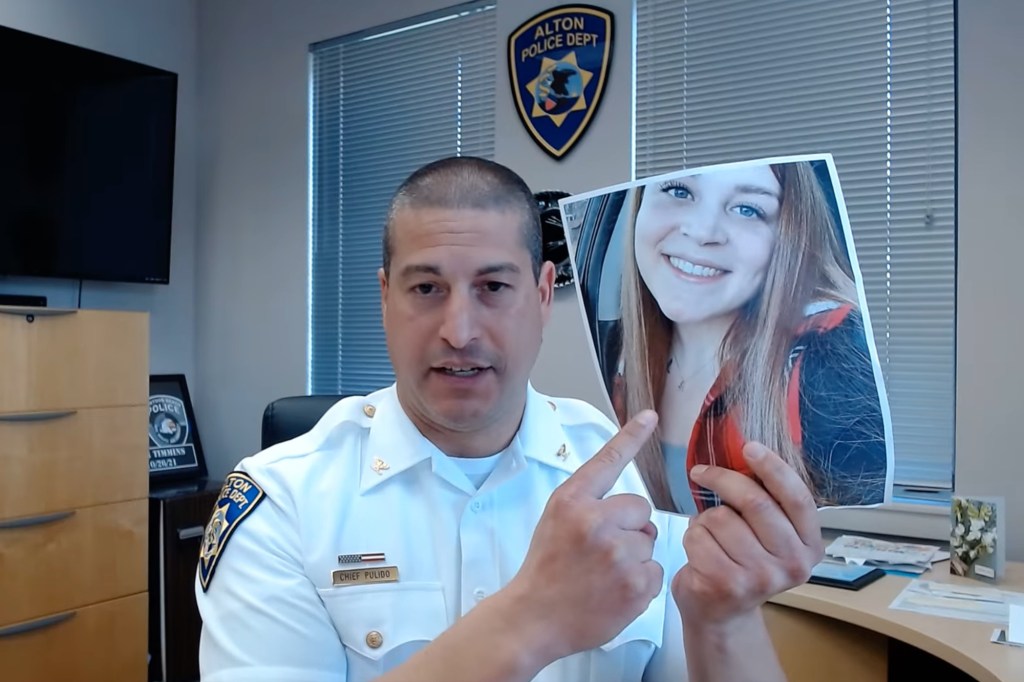 Although police officials did not disclose if Holloway was the father of the unborn child, Noel told KMOV that he was not.

Pulido said the couple had “an on-and-off” relationship for about two years. 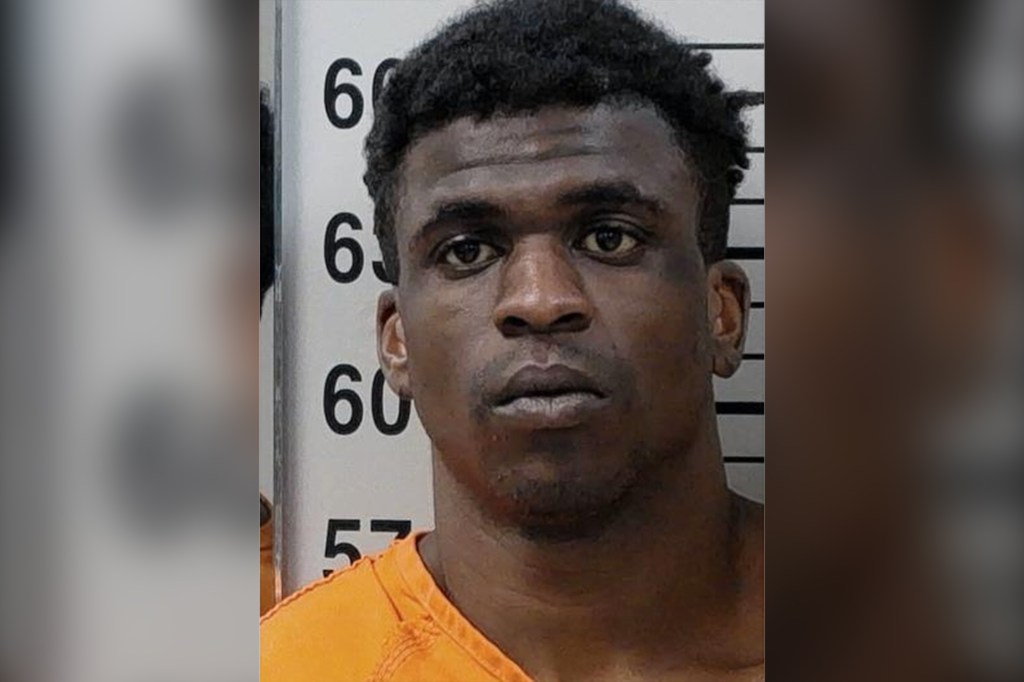 Noel mourned the loss of her daughter while speaking to the local news outlet.

“She was just a bright light that cared for everyone. She had a big heart. She’d do anything for anyone. She’d go out of her way to help people,” Noel told KMOV.

“She had attended college and was planning on going into the medical field. I’m a nurse, and, so, she was toying with heading in that direction,” the grieving mother said.

“We were planning her baby shower for the end of this month. I had just sent out invitations the prior Saturday for the baby shower. We were just excited and gathering the items you need to have a baby,” Noel continued.

“She wasn’t set on a name yet. [She] said ‘my little bean.’ So, we essentially were calling the baby ‘baby bean,’” she added.

Holloway was arrested last Thursday afternoon by Gillespie police in connection with an unrelated case — a bicycle theft 30 miles from the scene of the murder, the Post-Dispatch reported.

Police arrested Holloway based on a description provided by the bike’s owner.

Once Holloway was taken to the police station, he was combative and uncooperative, including banging his head against a wall, Gillespie Police Chief Jared DePoppe said.

Moreover, he refused to provide his name, so he was booked into jail as a “John Doe,” according to DePoppe.

Although police said the bike theft suspect had no blood on his clothes or any marks that would suggest he had been involved in a horrific crime, jail officials soon realized the man was wanted in the brutal murder, the New York Post reported.

Holloway’s only prior offense was a crime that occurred three years ago when he robbed a friend of cash on their way to buy marijuana, Macoupin County State’s Attorney Jordan Garrison told the Post-Dispatch.

As a result, he was sentenced to two years’ probation and ordered to pay $900 in restitution.