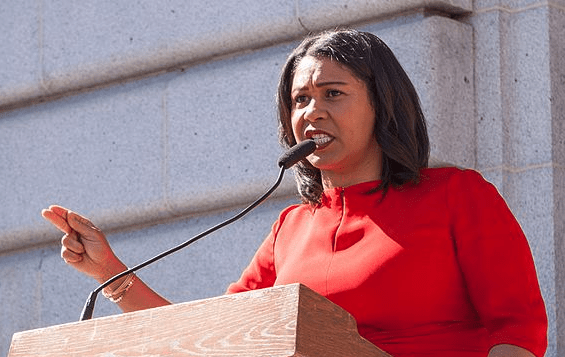 SAN FRANCISCO — Between November 2019 and November 2020 there were: 42% more burglaries, 34% more cars being stolen, and 39% more arsons San Francisco. The quality of life crimes — tolerance for drug use, public defecation, aggressive panhandling, etc. — have dirtied the once beautiful city. Moreover, in the wake of the pandemic, people are fleeing to other states to get away from the Bay-area mess. Nevertheless, these issues do not phase San Francisco’s mayor, as a few days ago they declared they were going to move $3.75 million in funding from the police department and redirect it to black businesses instead, the Post Millennial reported.

Technically, this will not happen immediately, but it will occur by awarding monies to 17 different “community organizations.” The recipients will include the “San Francisco African American Chamber of Commerce, San Francisco Housing Development Corporation, and the Children’s Council of San Francisco.”

According to the San Francisco Chronicle, Mayor London Breed said in her announcement:

“Across this country, and in our city, we’ve seen how the black community’s economic growth and prosperity has historically been disrupted and marginalized. We have invested our resources in a way that lifts up and supports African-American small business owners, entrepreneurs, and the entire community.”

It’s part of a larger agenda called “The Dream Keeper Initiative,” announced by Breed back in February. The ultimate target for this effort is a $120 million shift in money overall. It’s by these piecewise budget measures over time that politicians plan to get there, according to Post Millennial.

However, in the battle of ideas, California attorney general candidate Anne Marie Schubert chastised San Francisco’s defunding of their police.

“In San Francisco, you have a district attorney […] who is letting violent criminals out with little oversight or consequences, criminals who go on to victimize again,” Schubert stated.

She went on to say tourists think it’s too dangerous to visit the city, in our current times. If San Francisco got rid of their homeless problem instead, it’d free up $16 million in funds to give to police and/or black communities.