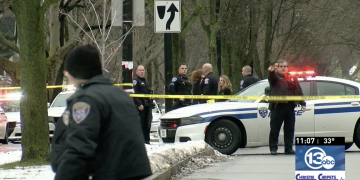 The suspect was shot by the officer and later captured

by Law Officer
in Investigations, News, Officer Down
1k 65
0 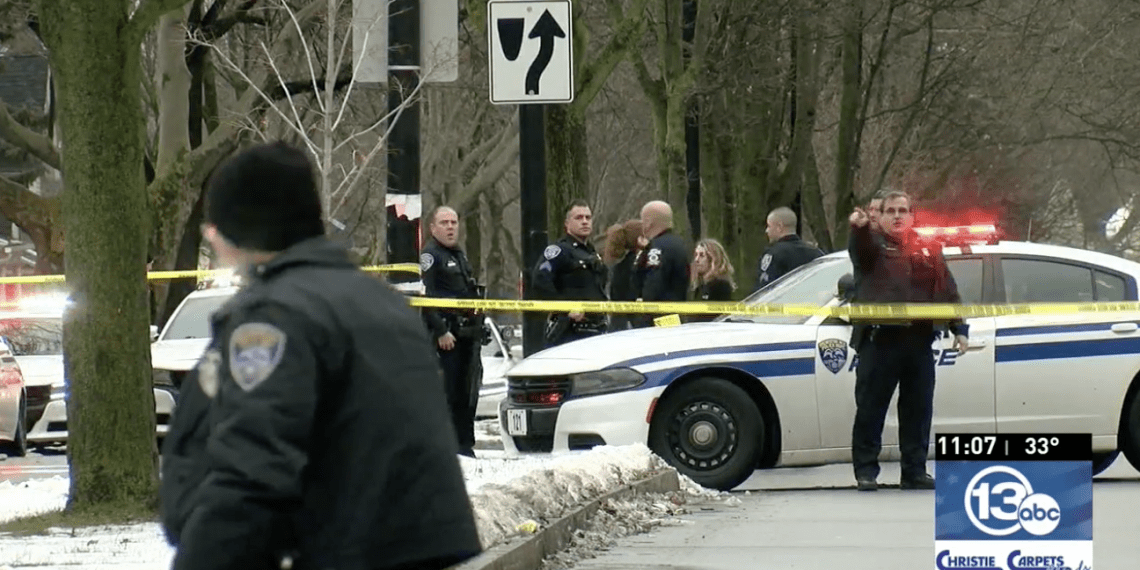 Rochester Police Department work the crime scene where an officer was stabbed and a suspect was shot. (Screenshot WHAM)

ROCHESTER, N.Y. – A Rochester police officer was stabbed in the face Sunday. While being attacked, he fired, wounding the suspect, who then fled. The officer is hospitalized and authorities say he is expected to survive. The suspect was later captured.

One call, reported at 11:06 a.m., was for a male having possible mental disturbances, WHAM reported.

“This could be considered a normal call that you would go to any given day,” said Deputy Chief Mark Mura. “And the fact that somebody decided to attack somebody is disturbing and it should be disturbing to everyone.”

According to police, there were two responding officers to a home when the suspect came out of the house and attacked the officers, stabbing one in the face.

“This is a very dangerous job and our guys go out and they risk their lives every single day,” Mura said. “When they leave their house every morning and they don’t know if they are going to make it home.”

As a result of the stabbing, the injured officer fired at the suspect, striking him at least once in the upper torso.

Investigators say the officers had no time to assess the situation before the knife attack occurred.

Following the knifing and OIS, the suspect ran from the scene. However, he was arrested nearby a short time later.

The injured officer is a 20-year veteran of the Rochester Police Department, according to WHAM.

The suspect, a 20-year-old male, was taken to Rochester General Hospital. He is expected to survive the gunshot wound. Neither the officer nor the suspect have been named.

I would to thank the entire community for their thoughts, prayers, & well wishes for the speedy recovery of one of our officers who suffered injuries from an assault while responding to a 911 call. Please continue to keep our officers in your prayers. @RochesterNYPD pic.twitter.com/Oqlgx6n95O

“Our police officers put themselves at risk every time they put on their uniform. Sadly, today, one of Rochester’s finest was injured while protecting our city. While I am heartened to hear that the injured officer will be released from the hospital and heading home soon, I ask all of our residents to pray for him and his family. I am thankful that no one was more seriously injured in this incident and wish our officer a quick and full recovery.”