FBI allegedly lost Rittenhouse Video, hiding it from the defense 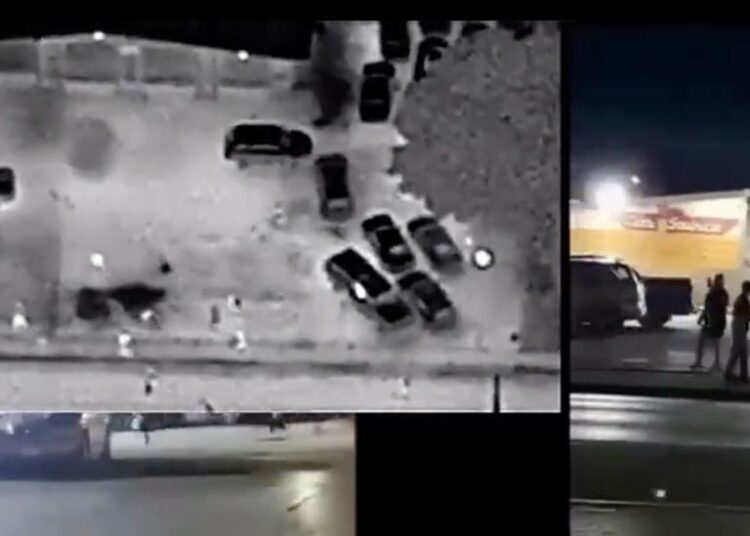 Footage taken by the FBI from the night of the shootings in Kenosha, Wisconsin, surfaced on Tuesday during day one of Kyle Rittenhouse’s trial. According to Jack Posobiec of Human Events, the FBI allegedly had an HD version of the video but never told the Rittenhouse defense it existed.

The Daily Caller reported on the footage obtained by Human Events, where the FBI appears to have taken aerial footage of Rittenhouse and the other participants involved in the shooting.

The FBI footage was shown to the jury during the testimony of one of the agents who captured the footage with the drone, FBI agent Brandon Craimin. However, the FBI allegedly testified, in private, that they were in possession of another version of the video in HD that they did not supply the members of the defense. When asked for a copy of the tape, the FBI allegedly denied the defense’s request, saying that the video no longer existed.

After prosecutors questioned Craimin about the aerial footage, the defense cross-examined the witness and asked for the tail number of the FBI plane. However, prosecutors objected and Judge Bruce Schroeder had the jurors leave the courtroom.

The lead lawyer representing Rittenhouse, Mark Richards, said that he believed that there was other video footage, captured by the FBI, that was no longer available. Richards reportedly said it is “preposterous” that the FBI allegedly lost the footage.

EXCLUSIVE: FBI testified in private that there is 2nd version of the surveillance tape in HD that it did not provide the defense, per courtroom member

The defense had requested a copy of the HD tape

The FBI responded the HD tape no longer exists

“I don’t get this,” the judge reportedly said. “This is a criminal prosecution … if there is going to be cloak and dagger stuff. What’s going on?”

Schroeder later told prosecutors to call a different witness, and that they would come back to the issue of the plane.

There were three men shot, with two fatally wounded, during the night of the shooting: Joseph Rosenbaum, Anthony Huber, and Gaige Grosskreutz. The now 18-year-old Rittenhouse has been charged with six felonies and one misdemeanor, including first-degree intentional homicide. He has pleaded not guilty by self-defense.

A Kenosha detective later testified that Rittenhouse was being shot at prior to him fatally wounding to individuals.