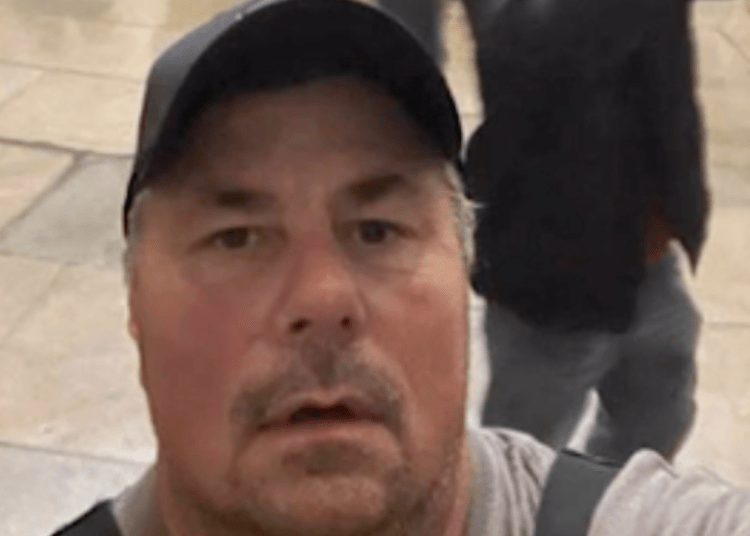 WASHINGTON — A former New York City firefighter is being sought by the feds in the Jan. 6 storming of the US Capitol — where he claimed to be “at the tip of the spear,” authorities said Monday.

Thomas Fee, 53, of Freeport, Long Island, texted an acquaintance a photo of himself surrounded by rioters inside the US Capitol Rotunda, according to court papers.

Fee also allegedly sent the man, whose sister was formerly Fee’s girlfriend, a video in which people were yelling “tyranny” and “Pelosi,” along with a text about being the deadly riot’s spear tip, New York Post reported.

The unidentified man, who is an agent with the US Diplomatic Security Service, initially deleted the communications but later recovered them and contacted authorities, according to court papers.

The one-time firefighter was being sought for arrest, according to a source briefed on the matter.

Fee retired in October after 22 years with the FDNY, the department said.

He was charged Saturday with violent entry and disorderly conduct on Capitol grounds and knowingly entering or remaining in any restricted building or grounds without lawful authority, according to a criminal complaint filed in Washington, DC.