Why I Refuse to Remain Silent 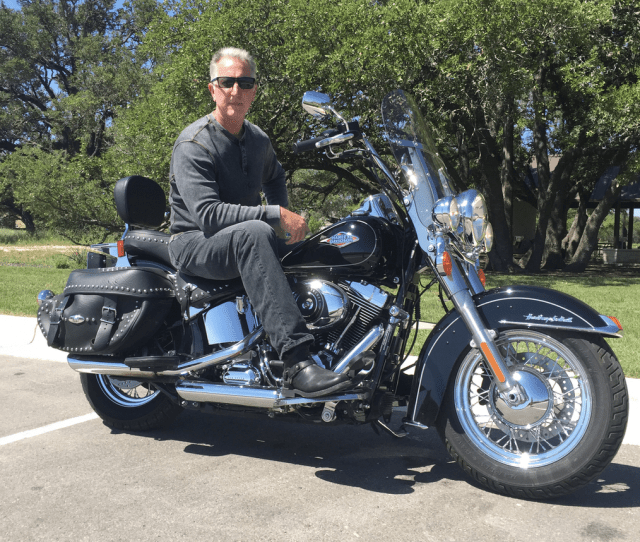 Riding a motorcycle on the open road is mind-clearing for me. However, it also gets me thinking about eternity as much as police work since one wrong move and your life can end in a flash. (Jim McNeff)

After retiring from law enforcement, I planned to breed and train German shepherds. I love police K9s and all they offer the profession, so I desired to remain connected through this part-time hobby.

But God had other plans!

As I began to train the first pup, God brought to mind one police story after another, and helped me connect each event to biblical principles in some manner. Rather quickly, my post-career avocation became writing—not merely journaling for personal benefit, but using the disciples of Christ as a model.

Although I obtained a second German shepherd puppy for the purpose of training and breeding him with my first, God drove me to proclaim the gospel in written form, eventually leading to hundreds of devotions, articles, three books, and a ministry website, Badge145.com.

The tale of Peter and John in Acts chapter 4 provides motivation every time I study it. As such, it is one of my favorite chapters in Scripture.

Peter and John were jailed for preaching and teaching in the name of Jesus. As a result, they were brought before the high priest—along with a large contingent of rubberneckers. Due to their recent healing of the lame beggar (Act chapter 3), they were asked, “By what power have you done this?”

“If we are on trial today for a benefit done to a sick man, as to how this man has been made well, let it be known to all of you and to all the people of Israel, that by the name of Jesus Christ the Nazarene, whom you crucified, whom God raised from the dead—by this name this man stands here before you in good health” (Acts 4:9-10).

Can you imagine that? If Jesus were still in the tomb, they would have been discredited right then and there. Yet I love the observations of the rulers sitting in judgment as recorded in verse 11:

“Now as they observed the confidence of Peter and John and understood that they were uneducated and untrained men, they were amazed, and began to recognize them as having been with Jesus” (Acts 4:11).

Moreover, the beggar who was healed was standing in their midst so the rulers certainly could not argue against the results of their work.

As the religious and political leaders conferred, they knew they could not deny the miracle had taken place. So, what to do? The answer? They ordered Peter and John to no longer speak or teach in Jesus’ name. Hmmm, … this sounds oddly similar to our culture today. We are cautioned not to utter the name of Jesus outside the walls of church.

However, Peter and John provided a response that all Christians should embrace and hold true:

“Whether it is right in the sight of God to give heed to you rather than to God, you be the judge; for we cannot stop speaking about what we have seen and heard” (Acts 4:19-20).

Now the disciples spoke with tremendous confidence and the authority of God. Consequently, they could have become arrogant and boastful. But we are provided with an example of their demeanor in verse 33.

“And with great power the apostles were giving testimony to the resurrection of the Lord Jesus, and abundant grace was upon them all” (Acts 4:33).

So from this chapter, I’ve learned to pray, “God, I want you to receive glory for anything you do through my life and my obedience to the call of the gospel. I want people see that I’ve been with Jesus. Give me confidence to share my experiences as a testament to your authority—sovereignty—jurisdiction over all. And above all else, help me to do so with grace and mercy. Amen.”

Whenever I write a faith-based piece, someone inevitably comments, “This doesn’t belong in a law enforcement publication.” Nevertheless, I refuse to remain silent because cops bury about 150 of their own annually. Consequently, everyone needs to come to grips with the prospect of death. That is why this publication—Law Officer—does not shy away from faith related issues. We are cops in the trenches who recognize the vital importance of faith.

For me, it’s been part of my “officer survival” and certainly included in combating PTSD related issues. Furthermore, it is the remedy to living an abundant life and a driving force to negate the fear of death. As a result, I am a big advocate of all people, but certainly cops, pondering eternal consequences since they are a reality.

Finally, this article is not written as a “debate,” but simply provided as part of my story. Readers can take it or leave it. For those who wish to degrade my conclusions of faith, I simply challenge you to apply the same standards to the answers you’ve developed or believe in regarding eternity. If you simply think it’s “light out,” I’d challenge you to seek better answers. I provide many for your consideration in Jurisdiction: A Cop and a Pastor Talk About Life.

As always, be safe out there!