Elvin Hunter Bgorn Williams sought martyrdom, had “no problem with killing,” and hoped to be involved in beheading others, prosecutors said. 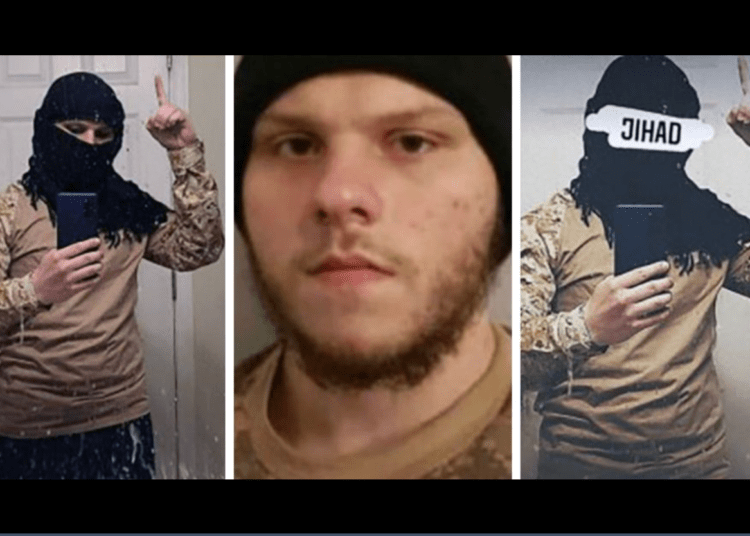 SEATTLE – A radicalized Seattle man who aspired to join the Islamic State of Iraq and al-Sham (ISIS) was sentenced Tuesday to four years in prison following a plea agreement.

Elvin Hunter Bgorn Williams, 21, was taken into custody in June of 2021 as he prepared to board an international flight to Cairo. He was planning on engaging in terrorist acts. As a result, Williams was charged with providing material support to a designated foreign terrorist organization, according to the Justice Department.

“Mr. Williams proved by his actions he was willing to join the Islamic State in hopes of furthering their ideology through violence,” said Richard A. Collodi, Special Agent in Charge of the FBI’s Seattle field office. “He took concrete steps to fund his activities, procure equipment, and travel to the Middle East. I am grateful for how law enforcement was able to step in and stop him before he actually was able to achieve his goal.”

Williams was sentenced to four years in prison, to be followed by 15 years of supervised release by US District Judge John C. Coughenour, the Post Millennial reported.

The sentence underwhelmed prosecutors as they sought a 15-year prison term, according to a statement from the US Attorney’s Office in Seattle.

“Mr. Williams persisted in his plans to join a terrorist organization and commit acts of violence, despite intervention from his family, his school, members of his mosque, and from the FBI,” said U.S. Attorney Nick Brown. “Indeed, he repeatedly stated his intention to commit an act of terror here at home if he could not travel overseas. …It will be critically important that he be closely supervised after he is released from prison.”

The judge cited Williams’ “history of mental health difficulties,” as his reason for leniency, according to the news outlet.

The plea agreement contains statements Williams made about his intentions: that he sought martyrdom, had “no problem with killing,” and hoped to be involved in beheading others.

The FBI first became aware of Williams when he was 16. Administrators at his high school said he was trying to convince other students to join ISIS.

Members of a Seattle-area mosque tried to deradicalize the teen. They provided him with housing, food, and tuition for a semester of college as well as a cellphone and a laptop hoping he would use the assistance to find meaningful work.

However, even his family and faith community continued to express concerns about Williams’ self-radicalization and notified authorities, according to court documents.

A member of the mosque saw Williams using his phone to view extremist videos in 2020. When the person asked for the phone to be returned, the individual discovered violent videos and bomb-making instructions and reported the details to federal agents, the Post Millennial reported.

Moreover, in another concerning event, Williams tried to convince a friend to join him in a suicide attack on the annual Pride Parade in downtown Seattle. Williams reportedly said, “It’s one of the biggest pride parades in the United States. Plus, after COVID hits, there are going to be tons of people wanting to go to the gay pride parade,” according to court documents.

Williams planned to drive a semi-truck through the parade route, mowing over participants and spectators alike. Afterward, he aspired to jump out of the truck and open fire on the unsuspecting crowd, prosecutors alleged.

However, his friend refused to participate, and Williams gave up on the idea. Consequently, he became far more determined to join ISIS so he could “become a terrorist for real.”