The news organization has been exposed manipulating coverage regarding race, politics and COVID 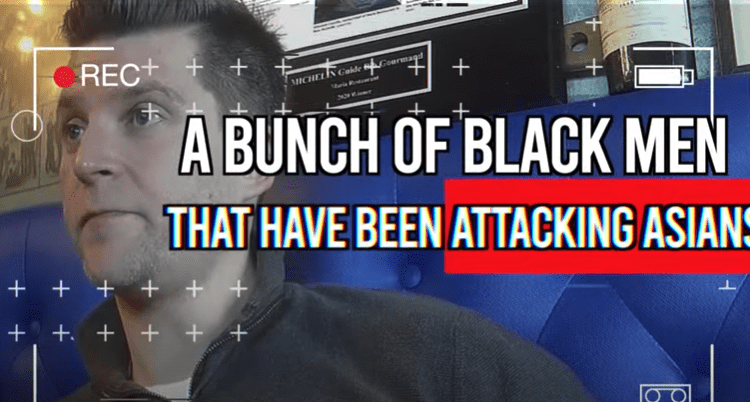 “I was trying to do some research on, like, the Asian hate, like the people are getting attacked and whatnot. A bunch of Black men have been attacking Asians. I’m like ‘What are you doing? Like, we are trying to help BLM,’” Chester said in the video.

Chester noted that “conservatives” would pounce if it was reported that Black people were the ones committing hate crimes because it wouldn’t mesh with the Black Lives Matter movement.

“That’s not good. The optics of that are not good. These little things like that are enough to set back movements,” the CNN employee continued while speaking without realizing he was being filmed.

The undercover Project Veritas reporter then asked Chester if it’s “normal” for the mainstream media to only focus on the skin color of a mass shooter if the suspect is White, according to Fox.

“I haven’t seen anything about focusing on the color of people’s skin that aren’t White,” Chester answered. “[CNN] just aren’t saying anything. You know what I mean? They’re just not, all of a sudden that story loses a little steam from it. They just like leave it be.”

Chester later said media is “propaganda,” a notion he’s repeated throughout the series of undercover recordings.

“You can shape an entire people’s perception about anything on how you do it,” he said. “Just by forcing a story, to help like, your platform, you know?”

CNN did not immediately respond to a request for comment, Fox reported. The network has ignored multiple questions about whether Chester remains an employee.

“Look at what we did, we got Trump out,” Chester said in a celebratory tone. “I am 100 percent going to say it. And I 100 percent believe it that if it wasn’t for CNN, I don’t know that Trump would have got voted out.”

In the second installment of the three-part #ExposeCNN campaign from Project Veritas published Wednesday, Chester shed light on how the network has milked the pandemic for ratings, Fox reported.

“COVID? Gangbusters with ratings, right? Which is why we constantly have the death toll on the side, which I have a major problem with, how we’re tallying how many people die every day,” he said on secretly recorded video, noting that he finds himself strangely rooting for the death toll to rise to help CNN’s narrative.

Before it was deleted, Chester’s online profile said his work “played an integral part” in 2020 presidential election coverage.

The often-controversial Project Veritas, which frames itself as a whistleblower watchdog group, has previously released what it claims to be hidden camera footage of network news producers, politicians, and members of private political organizations making statements while unaware they are being recorded.

TOMI LAHREN REPORTS ON THE STORY