Federal prosecutors referred to the defendant as a sociopath 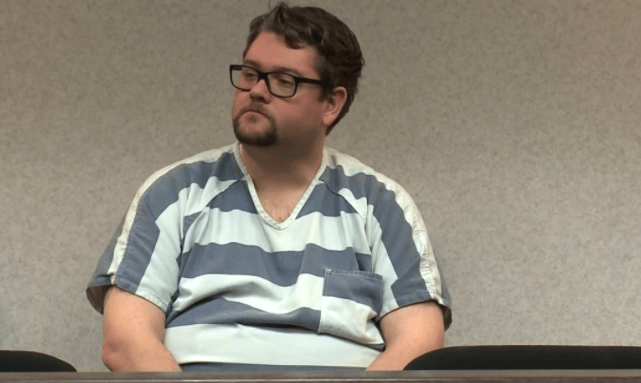 CLEVELAND — A Cleveland-area priest was sentenced to life in prison after betraying the trust of young boys and violating the sacrament of confession to commit horrendous crimes.

Robert D. McWilliams, 41, was sentenced Tuesday on sexual abuse and child pornography charges. The priest had worked under the Catholic Diocese of Cleveland, Law&Crime reported.

The U.S. Attorney’s Office for the Northern District of Ohio issued a press release, which provided the following overview:

“As set out in court documents, beginning in 2019, McWilliams used fake identities and technology to extort minors for sexually explicit images, amass a significant collection of child pornography and provide compensation to minors in exchange for sexual acts.  McWilliams met some of the victims through his time in the seminary with the Catholic Diocese of Cleveland and as an appointed Parochial Vicar at a parish where the children and their families were affiliated.

“According to court documents, McWilliams used the sacrament of confession to obtain information that he later exploited, by creating aliases, including posing as a minor, to seek the production of sexually explicit material from minors that he was ‘counseling.’  Court records show that McWilliams enticed three minor victims to send sexually explicit photographs and videos, sometimes threatening to expose embarrassing information that McWilliams already knew about the victims if they did not send such images.  When some victims refused to send additional images, McWilliams followed through on his threats and sent sexually explicit photographs to the victims’ mothers.

“On December 4, 2019, law enforcement officials executed a search warrant at McWilliams’ living quarters in Strongsville.  During the search, officers seized a laptop and an external hard drive that contained hundreds of images and videos of child pornography.  Further investigation revealed McWilliams had a Dropbox cloud storage account where he stored more than 128,000 images of child pornography.  McWilliams downloaded these image files from the internet and stored them in various folders on his computer devices.”

“This defendant violated and exploited children in nearly every manner imaginable,” Brennan said. “Using his role in the Church, Mr. McWilliams violated the sacrament of confession to identify potential victims, and offered religious counseling to victims he extorted under alter egos he intentionally created to conceal his own identity. He also used social media to target and entice young children into the exploitive world of juvenile sex trafficking, all after having already amassed a large collection of violent child pornography. We commend the victims and their families for the courage they have shown.”

Prosecutors referred to the suspect as a sociopath, Law&Crime reported.

“He was cunning, calculating and extremely cruel,” prosecutors wrote. “Only a sociopath could accept the hospitality of a family only to disappear into another room to transmit images of a victim to his mother so he could witness the pain inflicted upon his hosts. Yet, this was just the tip of the iceberg.”

Defense attorney Robert Dixon confirmed to Law&Crime in an email that there was no plea agreement, despite information to the contrary as part of the DOJ press statement. He declined to offer further comment, except to say that they made objections and will appeal the sentence.

The case was investigated by Homeland Security Investigations, the Geauga County Prosecutor’s Office, and the Internet Crimes Against Children Task Force. Brennan lauded their work.