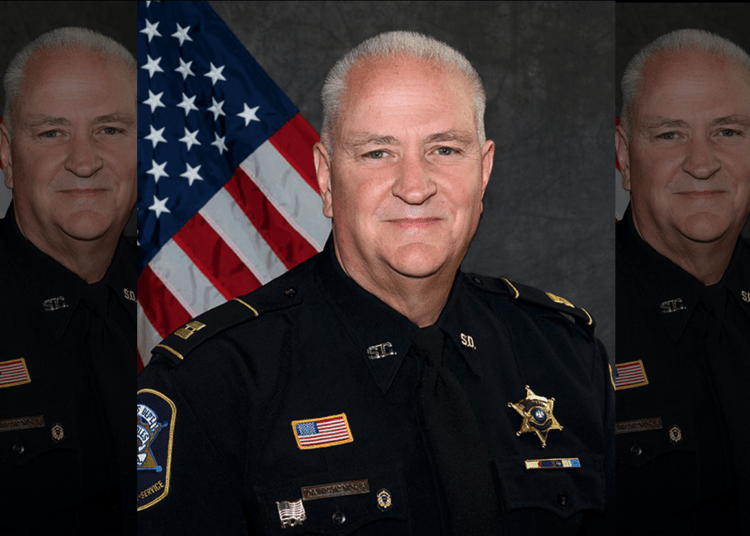 Patrick Yoes, the National President of the Fraternal Order of Police, called out White House Press Secretary Jen Psaki for “mocking and belittling Americans’ concerns about the nation’s skyrocketing crime rates and increased violence, which includes 28 law enforcement officers shot in the line of duty in January,” the organization said in a statement.

This comes after Psaki took shots at Fox News’ Jeanine Pirro for her comments regarding crime trends, according to the Daily Wire.

“And then on Fox is Jeanine Pirro talking about ‘soft-on-crime consequences.’ I mean, what does that even mean, right?” Psaki said during an appearance on the far-left podcast Pod Save America. “So there’s an alternate universe on some coverage. What’s scary about it is a lot of people watch that.”

Yoes says that Psaki scoffing at crime is no laughing matter.

“I think it’s wrong—very wrong—for Ms. Psaki to suggest that violent crime in our country is of no concern or to just laugh it off,” he said. “She may feel safe in the White House, one of the most protected buildings in the United States, but not everyone feels safe in their workplace. The world we find ourselves in is dangerous and is becoming increasingly more so. Tens of thousands of people have been the victims of crime this month alone and some of them never made it back home.”

“There are many reasons for this escalating violence in many of our communities, and one of them is agenda-driven prosecutors who have gone rogue,” Yoes continued. “Many of them are refusing to bring charges against so-called ‘low-level’ or ‘nonviolent’ offenders. Under their leadership, which has been abhorrent in many cases, many violent offenders don’t stay in jail—they’re back on the streets and free to commit more crimes. That is the universe in which I, and millions of Americans, live in.”

Yoes highlighted the most recent example of a police officer who was murdered in the line of duty, which demonstrates how government is failing the people, according to the Daily Wire.

“Dominique Rivera, widow to the slain NYPD Officer Jason Rivera, said it best at her husband’s funeral: ‘This system continues to fail us. We are not safe anymore, not even members of the service,’” he said. “These are stark words, but they are nonetheless true. Pretending violent crimes are part of some other reality will not help victims. Ms. Psaki owes them an apology.”

As usual, Psaki blamed Fox News, saying they had “suggested this administration is soft on crime with no basis” as she tried to defend her remarks.