Biden recalls the Parkland shooting—but not his previous policy failures 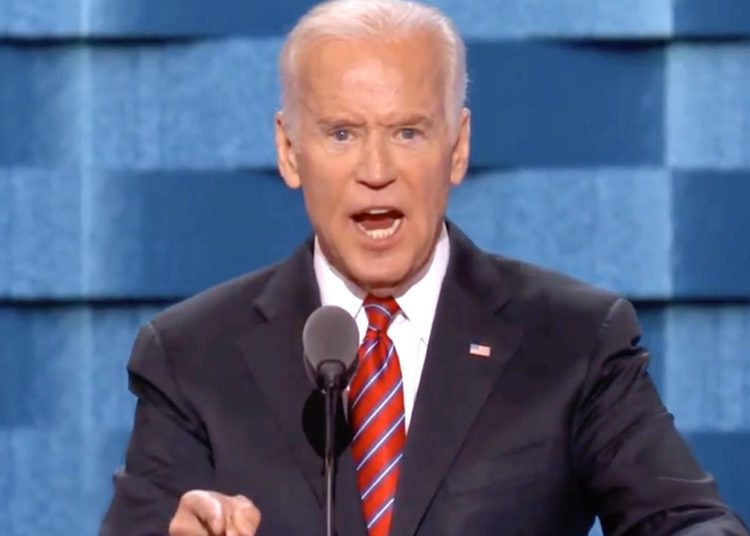 President Biden used the Parkland school shooting anniversary to call for gun reform legislation insisting the “time to act is now.” He said in a statement that, “In seconds, the lives of dozens of families, and the life of an American community, were changed forever.” And he urged Congress to propose and pass gun reform legislation, including requiring background checks on all gun sales and banning assault weapons.

In addition to calling for background checks and an assault-weapons ban, Biden also pushed for lawmakers to ban high-capacity magazines and hold gun manufacturers liable for the role their weapons play in violence according to the New York Post.

“This Administration will not wait for the next mass shooting to heed that call. We will take action to end our epidemic of gun violence and make our schools and communities safer,” the president said. 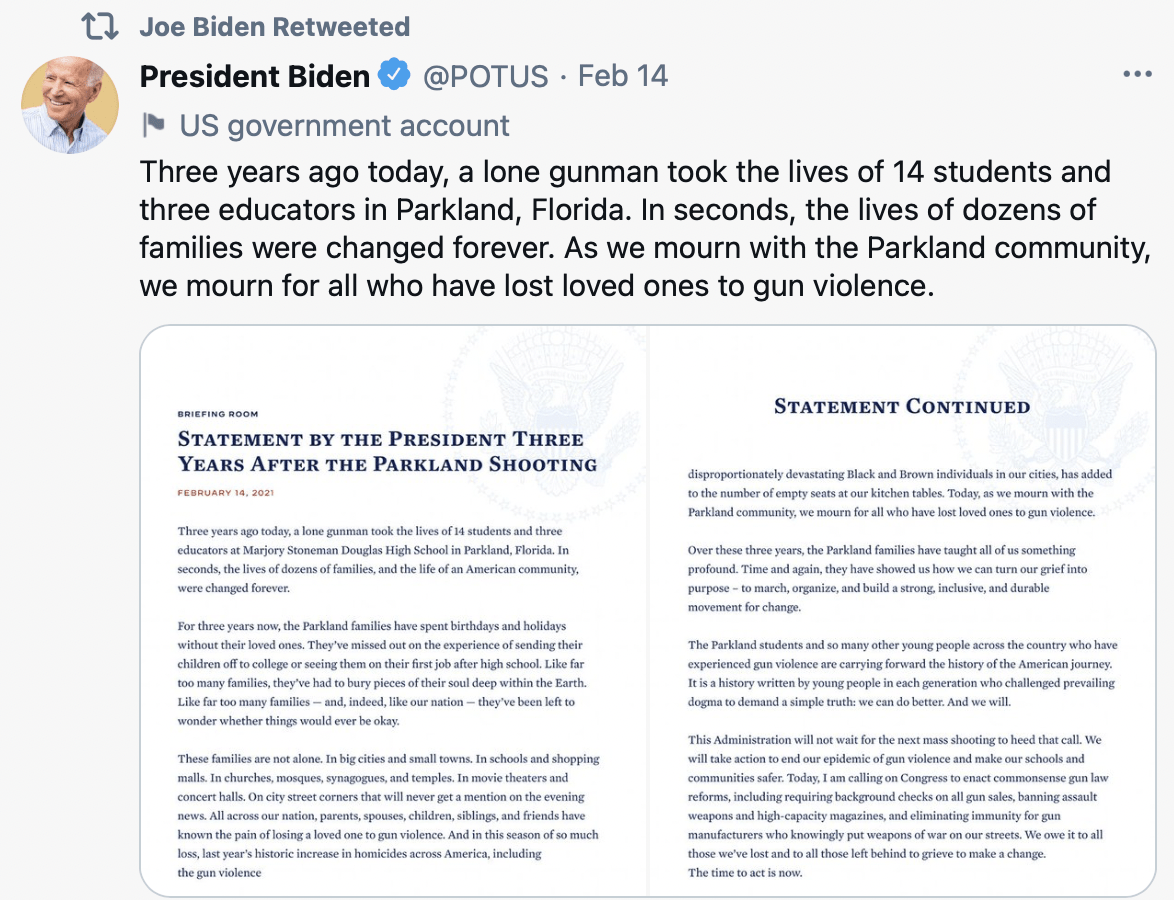 “We owe it to all those we’ve lost and to all those left behind to grieve to make a change. The time to act is now,” said Biden.

The problem with banning “military-style” weapons

But there is an inherent problem with Biden’s call to ban assault weapons, of which he has said there is no business for “military style” weapons to be on the streets of America.

That problem is that he and the politicians who continue to use this rhetoric are lying to the American people and continue to make them believe that the “assault” ban he is talking about are automatic weapons.

Biden is clearly talking about AR-15 Rifles, which are semi-automatic and while they may look like a military weapon and look scary to certain politicians, they operate similar to a hunting rifle. And the even bigger problem with Biden’s call to action is that it has nothing to do with violence and everything to do with an attack on the Second Amendment.

How do we know?

Because we have been here before.

We have endured politicians banning this gun or that ammo and literally nothing changed in regard to homicides and shootings.

If Biden and others cared about violence in America, they would stop attacking a weapon that comprised of just 2% of all homicides in 2018 and focus on why the violence is occurring. That data and research is clear. And instead of a gun—an object—it seems the more significant culprits that influence violence have more to do with family structure, the lack of fathers and communities that do not support law enforcement, and criminal behavior in general, along with lack of opportunities—all of which are probably too demanding for weak-minded politicians to actually do anything to change for the better.

How stats explain the stupidity, and reveal bigger threats…

In regard to a ban on AR-15’s, Americans are five times more likely to be killed with a knife and fists, which make up twice the number of deaths than those scary looking “military” rifles.

And since Biden mentioned Parkland in his emotional rhetoric, an investigation conducted during his former stay in the White House showed that he and President Obama’s policy on ending “racial disparity” in school discipline played a major role in enabling a coward to kill 17 kids—no matter the weapon. Rules were imposed during their administration that offered incentives for schools to limit criminal prosecutions of students.

The program was called PROMISE (Preventing Recidivism through Opportunities, Mentoring, Interventions, Support & Education), and substituted counseling for criminal detention. So let’s be absolutely clear: the Parkland shooter avoided a criminal record that would have prevented the purchase of a firearm, through this program.

So, if President Biden truly wanted to reduce violence in America, there are things he could do—such as actually think, and think through the realities of a policy beyond merely the pandering rhetoric.

Because as he has already proven before, his policies regarding criminal behavior and schools are hardly effective—and they’ve proven to be not only dangerous, but deadly.

Besides, banning a firearm is not going to deter criminals who are already undeterred by laws and common sense.