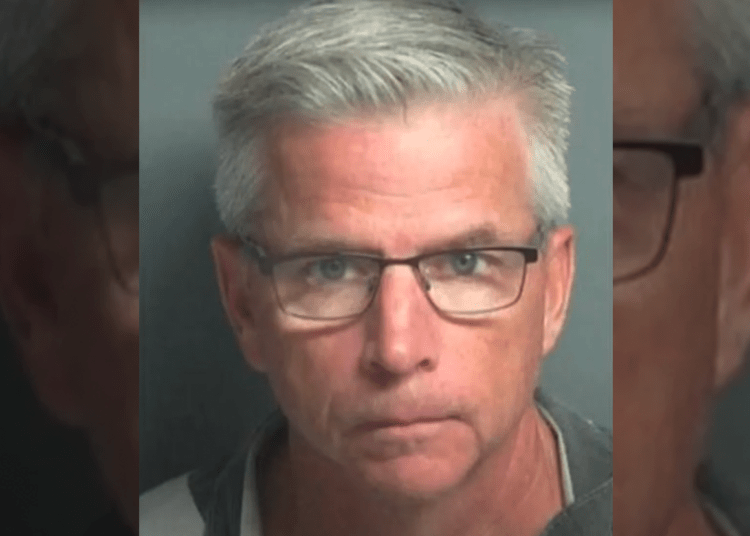 Brian Harris was among 14 suspects arrested by the Montgomery County Sheriff’s Office for solicitation of prostitution. (MCSO)

Montgomery County’s Organized Crime Unit, in cooperation with Human Trafficking Rescue Alliance (HTRA), conducted the sting operation Wednesday evening at a local hotel. The sheriff’s office said the perpetrators were taken into custody for solicitation of prostitution. Among those arrested was Chief Deputy Brian Harris of the Harris County Precinct 5 Constable’s Office.

“We are sending a message that we are not going to tolerate this activity in our community,” a news release from MCSO said. “We will arrest and charge those who engage in this illicit act. We will also continue to identify those who have been forced into trafficking by rescuing them from their situations and connecting them with services to help with their recovery.”

Harris was a veteran homicide detective for the Houston Police Department before retiring with more than 26 years of law enforcement experience, according to his LinkedIn page, the news outlet reported.

“Precinct 5 Constable Ted Heap was notified Wednesday night that a Precinct 5 assistant chief was arrested on charges of solicitation of prostitution in Montgomery County. Chief Brian Harris has been relieved of duty.

‘We hold our deputies to the highest standard,’ said Constable Heap. ‘His termination is effective immediately.’”

Harris is the second high-ranking law enforcement officer to be netted in a sex sting operation targeting human trafficking this month. Several weeks ago  Deputy Police Chief Jason DiPrima of the Cartersville Police Department in Georgia was among those taken into custody in Polk County, Florida.

Shortly after his arrest DiPrima resigned from the department.