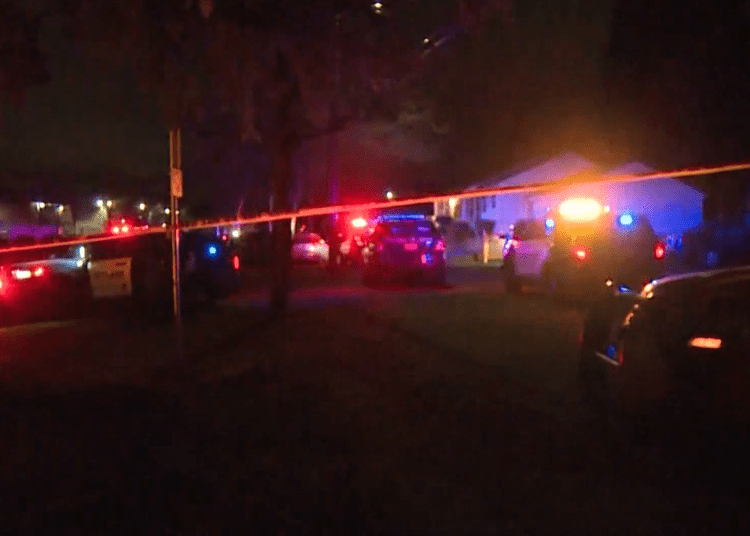 One person was killed and five wounded during a mass shooting in Portland Saturday night. (Screenshot KGW 8)

Officers of the Portland Police Bureau responded about 8 p.m. to the mass shooting near Northeast 55th Avenue and Hassalo Street, which is roughly the southwest corner of Normandale Park. Upon arrival, police discovered one adult female victim who had been killed, KGW 8 reported.

Moreover, there were five additional people wounded — two men and three women — and transported to local hospitals. The medical status of the injured victims is not immediately clear.

Two people were taken into custody, according to police at the scene, KGW reported. However, nor further details were released.

The shooting took place as demonstrators gathered at Normandale Park for a march “seeking justice for Amir Locke, Patrick Kimmons and all others,” according to a graphic promoting the protest, ADN.com reported.

Minneapolis police served a search warrant looking for a murder suspect Feb. 2. Although Locke, 22, was not named on the warrant, he was on the couch covered in a blanket when officers made entry. Police opened fire when they saw the barrel of a gun come into view from beneath the blanket, Law Officer reported.

A 17-year-old suspect was later taken into custody for the homicide that occurred in St. Paul, Minn.

Kimmons, 27, was fatally shot by Portland police in 2018, according to The Oregonian. A grand jury convened after the officer-involved shooting and found no criminal wrongdoing by the two officers involved.

Saturday’s mass shooting is part of an ongoing wave of violence in Portland, ADN.com reported. Prior to the weekend, 15 people had been killed in local homicides in 2022.