'To argue and belittle and to treat me the way I felt she treated me was completely unnecessary,' Lyft driver says 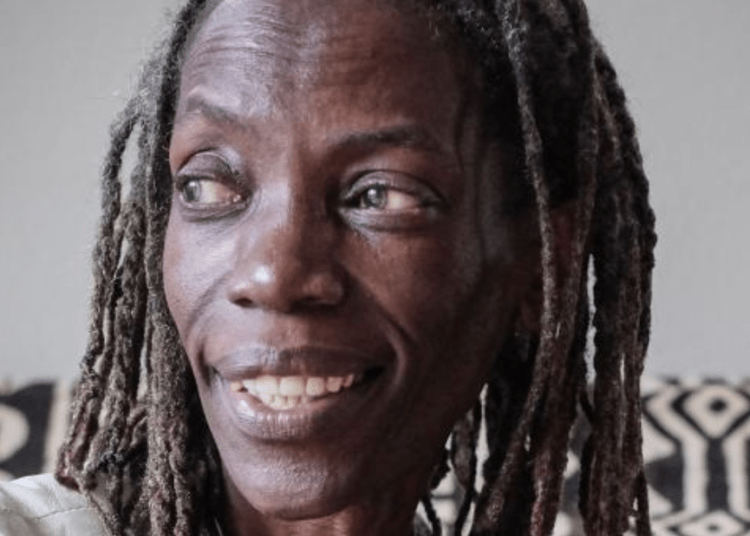 PORTLAND, Ore. — A Portland City Commissioner who pushed to cut funds to the police department and claimed most 911 calls are unnecessary called 911 when a Lyft driver tried to cancel her ride and drop her off at a gas station.

Commissioner JoAnn Hardesty allegedly demanded that Lyft driver Richmond Frost roll the windows up because she said she was cold, according to Fox News.

Lyft’s instructions for its drivers on how to deal with the coronavirus state clearly: “Roll down the windows during trips and / or use the car’s vents to bring in fresh outside air. Avoid using the recirculated air option for the car’s ventilation.”

“Hardesty, who heads up Portland’s 911 system, had been picked up from a casino in Washington when the series of disagreements began,” The Daily Mail reported.

The Portland Tribune notes that “Hardesty has pushed to cut the police budget noting that many 911 calls are unnecessary, and police response often not needed.”

Hardesty called 911, followed by Frost doing the same. In Hardesty’s call the exchange went like this:

HARDESTY: Well, I’ve got a Lyft driver that decided he would just drop me off at a filling station. Well, I’m not getting out of the car, in the dark, at a filling station, not happening. All because I asked him to put the window up. But I’m not leaving. He says I have to get out of his car or he’s calling the police. So I decided to call for him.

911 OPERATOR: Okay. I mean, technically, it’s his property and you have a civil agreement. There’s no crimes involved.

HARDESTY: Well, he said he was calling the cops.

Hardesty started to speak, prompting the 911 operator to ask, “What was that?”

HARDESTY: I said, I am not going to allow him to leave me on the side of the road. I paid for a ride and he says he canceled it, so I’m just going to sit here until he sends me another ride.

FROST: I can’t send you a ride.

911 OPERATOR: Only you can order another ride.

HARDESTY: This is not a police issue? Then I won’t hang up, but I’m not getting out of this car in the dark.

911 OPERATOR: Do you understand that only you can order another ride?

HARDESTY: Well, I didn’t cancel the ride; he canceled the ride.

911 OPERATOR: Which is his obligation as a human being on the basis he has a right to cancel a contract like that. It’s not a crime; part of your user license agreement when you accept taking rides with strangers. So I can have an officer come out but they’re not going to be able to make him stay there.

HARDESTY: I mean, he can’t go anywhere cause I’m not moving until another car comes.

911 OPERATOR: So I can have officers come out. Where are you?

HARDESTY: I don’t know where I am. Apparently I’m at the Chevron.

HARDESTY, prompted by Lyft:  In Richfield.

911 OPERATOR: All right. We’ll have officers come out.

Frost’s call started with him alerting the 911 operator where he was and who he was, Daily Wire reported. Then this exchange followed:

911 OPERATOR: And she’s in your car now? Are you in there with her?

FROST: Yes. I’m sitting in the front seat; she’s in the back seat. I can step out of the vehicle if you’d like me to do that.

911 OPERATOR: Okay. We do have a call entered in Richfield. A police officer is dispatching a call as of right now unless they get diverted for another emergency or what-not they should be coming to you. Has she any weapons or anything like that on there?

FROST: I doubt it.

After asking for identification again, the 911 operator asked, “She hasn’t been violent or anything like that, right?”

FROST: No. She’s just refusing to get out of the car.

Hardesty told the Portland Tribune, “I don’t call 911 lightly, but I certainly am not going to do anything that would put my personal safety at risk. I knew that having him call the police would put me in danger. And that’s why I proactively called 911. It’s a lot harder when you are black or brown in America to make that decision … But I ultimately had very limited options.”

Frost said, “I spent 40 years in the service business. There’s always a few people, you cannot please them no matter what you do,” adding that the 911 call from Hardesty “was so unnecessary … To argue and belittle and to treat me the way I felt she treated me was completely unnecessary.”

Hardesty claimed that the Chevron station was about to close, stating, “I didn’t know how long I would have to wait. There was no way I was going to get out on the side of the road, in the dark, because some driver has an attitude, and decided I should just get out and just whatever happens happens.”

Hardesty stated in her complaint to Lyft, according to The Daily Mail: “’I requested a ride, the driver came to the wrong pick up location, He then blamed me. I asked him to roll the window up on my side and he started to yell, ‘I can’t because the regulations require each window to be cracked.’ He then pulls over in the dark on the side of a gas station and told me he was cancelling the ride. I had no interest in being left on the side of the road by an angry driver. He threatened to call the police. I called the police & another car. Both arrived at the same time. It is totally inappropriate to expect a woman to get out of a vehicle in the dead of night because any angry person demands it. This is a safety issue for your customer. Your driver was in no danger.”

Lyft replied: “The feedback alleged that you refused to exit the driver’s vehicle after they requested you do so. As a reminder, drivers are free to end a ride for any reason as long as the drop off is in a safe location. Safety is our top priority. We take these matters very seriously. We encourage everyone using Lyft to be respectful of others. This helps maintain a safe and inclusive community. Please know that future reports of this nature may lead to additional action being taken on your account.”

Hardesty said in July that she didn’t believe rioters in Portland were setting fires but that police were sending in “saboteurs” to create the strife, Law Officer reported. Her unsubstantiated claim drew immediate pushback from police, which caused her to later backpedal.