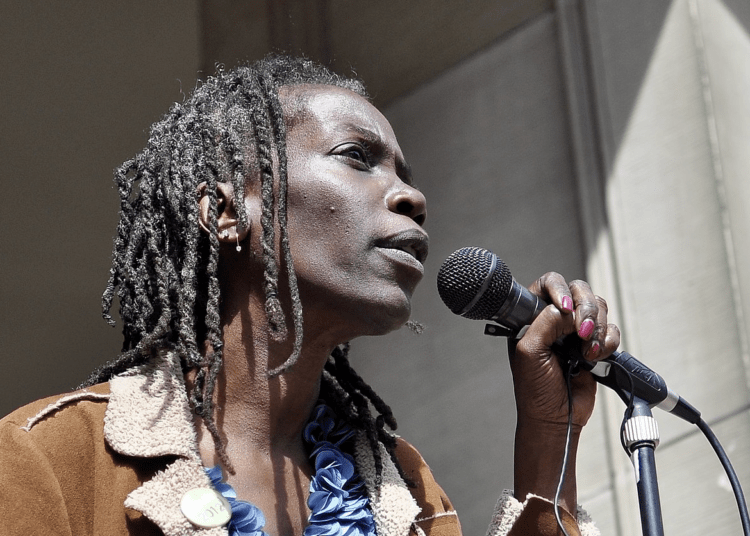 PORTLAND, Ore. — The Portland city commissioner, criticized after phoning 911 with concerns during a Lyft ride despite pushing to “defund” Portland police, attributes her actions to fear of “white supremacists.”

JoAnn Hardesty and Lyft driver Richmond Frost quarreled Nov. 1 when Hardesty ordered an Uber from a casino resort and the two had trouble locating each other. Hardesty then complained about the driver’s windows being down, which is in line with Lyft’s policies to prevent the spread of COVID-19, according to KATU News.

Frost eventually pulled into a Chevron gas station, canceled the ride and asked Hardesty to leave the vehicle, Law Officer reported. The city commissioner said she called 911 and refused because “it was cold and she was a woman and alone,” the dispatch report shows. Read transcript here.

“This is another example of being black in America and being put in a position where I have to be the one to look out for my personal safety. I didn’t expect the Lyft driver to do it, certainly didn’t expect the police to do it. It was my responsibility to make sure I got home safe,” Hardesty said during a Thursday city council meeting.

She continued: “When you’re living in a city where white supremacists are proudly riding around in their big trucks with their flags, and you’re a black person, and somebody wants to put [you] on the side of the road at night — not gonna happen.”

The commissioner told the 911 operator: “I’ve got a Lyft driver that decided he would just drop me off at a filling station. Well, I’m not getting out of the car, in the dark, at a filling station, not happening. All because I asked him to put the window up.”

“I am not going to allow him to leave me on the side of the road. I paid for a ride and he says he canceled it, so I’m just going to sit here until he sends me another ride,” she said.

The dispatcher explained that the vehicle is Frost’s property, no crimes were committed, and only she can order another Lyft.

“I canceled the ride so she’s no longer involved or engaged with me. She’s refusing to get out of my car,” he said. Officers were sent to the scene.

Frost told two Portland Police Department the officers who responded that Hardesty “became irate when he refused to roll the windows up” at the time of the disagreement, Fox News reported.

Hardesty has been pushing for a budget amendment that would “reallocate $18 million from the Portland Police Bureau to reinvest in community, COVID-19 relief and police alternatives.”

Today City Council did not vote in support of my amendment to reallocate $18 million from PPB to invest in our communities. My full statement below (Thread) can also be found here: https://t.co/iulR2KwWc6

After the Portland City Council failed to pass the budget amendment last week, Hardesty called on elected leaders to “move past the fear and stretch ourselves to take the action that is demanded.”

Hardesty has had an ongoing contentious relationship with police. She said in July that she didn’t believe rioters in Portland were setting fires but that police were sending in “saboteurs” to create the strife, Law Officer reported. Her unsubstantiated claim drew immediate pushback from the Portland Police Bureau, which caused her to later backpedal.