A major news organization reported the USPS worker in Pennsylvania recanted his statement; he's adamant that he did not 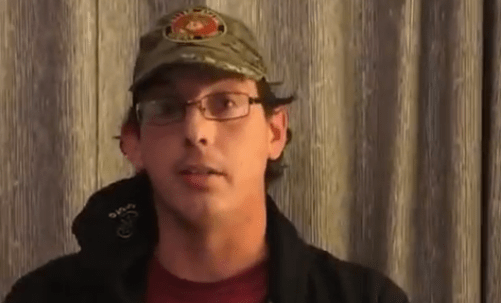 Richard Hopkins, a mail carrier from Erie, Pa., accused his boss of instructing employees to pick up and bring him ballots that were received after Election Day. (Twitter)

A major news organization claims the postal worker alleging voter fraud in Pennsylvania recanted his claim. The postal worker/whistleblower adamantly denies the assertion and is sticking to his statement. The allegation has been cited by Republican lawmakers as the basis for an investigation.

Richard Hopkins, a mail carrier from Erie, Pa., accused his boss of instructing employees to pick up and bring him ballots that were received after Election Day. Hopkins said he overheard his boss discussing backdating postmarks to make the ballots appear as though they had been collected by Nov. 3, instead of Nov. 4 or after.

In order for ballots to have been eligible in the state, they needed to be postmarked by Election Day.

On Monday, Hopkins is said to have signed an affidavit recanting those claims, which appeared to be confirmed in a tweet by Democrats on the House Oversight Committee, Fox News reported.

However, Project Veritas – the activist group which aired Hopkins’ initial claims – posted a video to its Twitter page on Tuesday, which appeared to show Hopkins saying he did not recant his statements, along with the promise that more details would be released on Wednesday.

USPS Whistleblower Richard Hopkins: “I DID NOT RECANT”@shawnboburg and @jacobbogage have been played by the same federal agents on the audio ‘coercing,’ ‘scaring’ the whistleblower to water down allegations. As reporters, they are REQUIRED to include Richard’s denial. REQUIRED pic.twitter.com/8Rj5yWSljz

Agent Strasser: “I am trying to twist you a little bit”

“I am scaring you here”…” we have Senators involved…DOJ involved…reason they called me is to try to harness.” pic.twitter.com/tK2JPu6Wqm

Project Veritas founder James O’Keefe said he would be “happy to go under oath” to back up the story and his reporting.

If you are *certain* @JamesOKeefeIII is a lying manipulative piece of shit, we have an amazing opportunity to get him under oath.

If he faked this, let’s go get him.

Of course this will backfire if he‘s telling the truth. Who is with me on this idea? I’m tired of the ambiguity. https://t.co/kniM3aQRm8

Sen. Lindsey Graham, R-S.C., has asked the Justice Department and the FBI to initiate investigations.

Graham argued that the massive surge in mail-in voting had made the Postal Service’s role in the elections much larger than usual.

The Trump campaign and Republican groups have already filed a flurry of lawsuits in the state.

Meanwhile in Nevada, voter fraud was allegedly committed during the early voting period, according to a Clark County poll worker who told Fox News’ “The Ingraham Angle” what she witnessed in an exclusive interview Tuesday night.

The whistleblower, whose identity was hidden and whose voice was modified at her request, told host Laura Ingraham that she noticed white envelopes being passed around and ripped open near a Biden-Harris van while on a walk during her lunch break. The envelope handlers then leaned against the side of the van in order to mark the papers, which she recognized as ballots, Fox reported.

After the worker realized the irregularity, she claimed a “human wall” was formed to obstruct the view of anyone looking on. The worker told Ingraham that she was scared by this.

The worker asserted she did not intervene because she and the other workers were not authorized to speak with anybody outside the polling center.

The same worker has released a sworn affidavit to the Trump campaign disclosing what she claimed to have witnessed. The affidavit, which has been submitted to the Justice Department, also claims voters were allowed to cast ballots without valid identification.

“A sworn declaration from an eyewitness is the literal definition of evidence,” a Trump campaign attorney said in a statement. “Those on the left and in other quarters that have been screaming that there’s no evidence will need new talkers and most importantly, will have to now focus on the legitimate issues that have been raised. ”