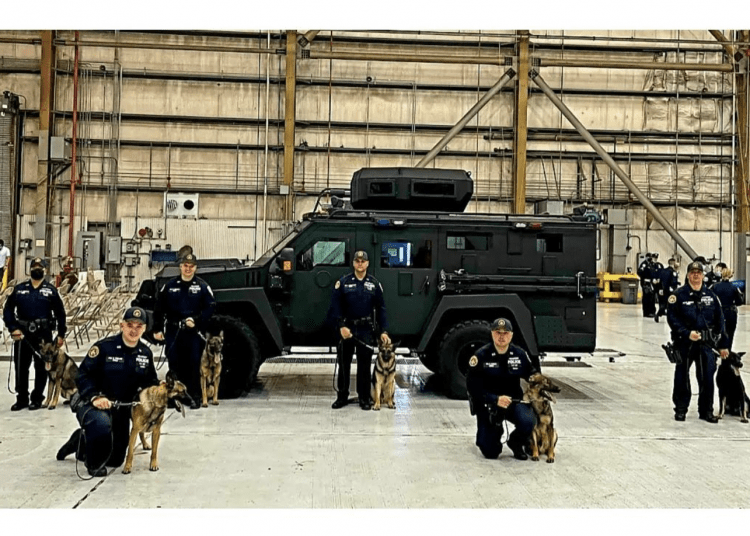 NEWARK, N.J. — The Port Authority Police Department is remembering the officers lost on 9/11 in a special way. They are naming new police K9s in their honor.

“I’m heartbroken every day. I miss him every day,” said Patti Cortazzo, whose husband, John Cortazzo, was among the brave first responders who rushed to the World Trade Center on Sept. 11, 2001, CBS New York reported.

“We remember our dad not coming home that night and not knowing when he was going to come home. It was scary,” said Gianna Cortazzo.

In the aftermath of the terror attack, Cortazzo and his K9 returned to Ground Zero.

Cortazzo passed away from a 9/11-related cancer in 2009. The family also lost the dog to cancer months later, according to CBS.

“There are a lot of first responders that are still getting ill and still passing away from 9/11 and I don’t want them to be overlooked as the 20th anniversary is coming around,” said Anthony Cortazzo, John’s son.

As the anniversary nears, the Port Authority Police Department is honoring Cortazzo and five other officers by carrying on their names through police service dogs that have been trained in the area of explosives detection.

“We are hoping a tribute such as this is a little bit of solace that can extend the legacy of their service,” said Superintendent Edward Cetnar.

The K9s were introduced to the department in a graduation ceremony last week.

This is a list of Port Authority Police Department K9s named in honor of 9/11 heroes:

“He’s my best friend. We don’t go anywhere without him,” said Officer Joseph Benedict, whose sidekick Tazzo is named for Cortazzo.

“I have really big shoes to fill, ’cause he was also a K9 officer as well. So it means a lot,” Benedict said.

“It’s just such an honor and the dog looks just like the dog that we had that worked with my husband,” Patti Cortazzo said. “I told the dog to stay safe and to protect everybody.”

That’s what each one is trained to do, and now they will serve in honor of the courageous officers who made a sacrifice on 9/11 that will always be remembered.