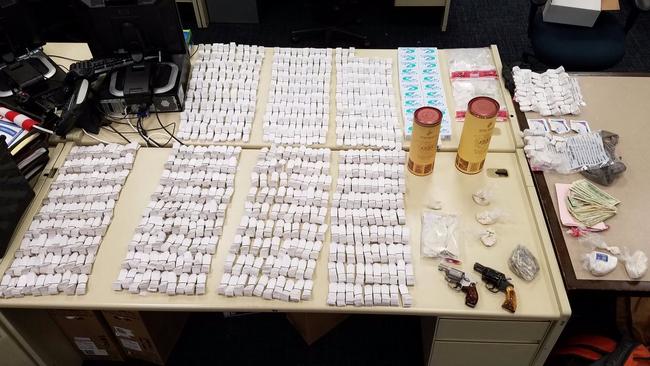 Eleven members of the Hartford (CT) Police Department were sent to the hospital after being exposed to heroin and fentanyl during a narcotics search warrant.

Flash grenades were used in the entry which might have sent the powder form of the drug into the air.

Officers soon started feeling light-headed and nauseated, developed sore throats and headaches and began vomiting. All the officers were transported to St. Francis Hospital, where they were treated and then released and returned to duty on Wednesday morning.

During the operation, police seized 50,000 bags of heroin, two handguns and 350 grams of raw heroin and arrested three people,