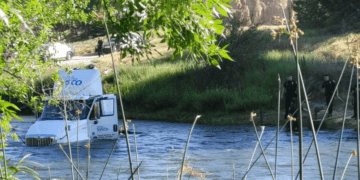 Police pursuit of stolen semi-truck ends up in river

Police pursuit of stolen semi-truck ends up in river 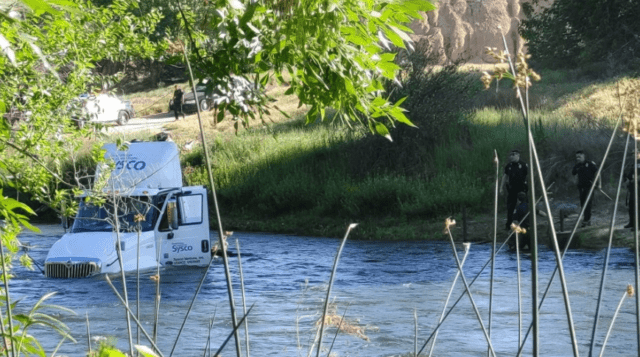 BAKERSFIELD, Calif. – A man is in custody, accused of heisting a semi-truck in Northeast Bakersfield, then trying to flee from pursuing officers Saturday morning.

Law enforcement authorities said the pursuit terminated after the suspect drove the big rig into the Kern River.

The Bakersfield Police Department said at around 6:30 a.m., officers received a report of a man stealing a semi-truck in the 4000 block of Jewett ave., KGET reported.

According to police, the suspect drove through the gated fence and failed to yield to officers, leading to the pursuit. The man drove out toward Round Mountain Road.

That’s when the unnamed suspect drove into the Kern River, partially submerging the semi-truck, said police.

Bakersfield Police Department arrested the man on a variety of charges.