Tiffani Gatson was a member of the Greece Police Department 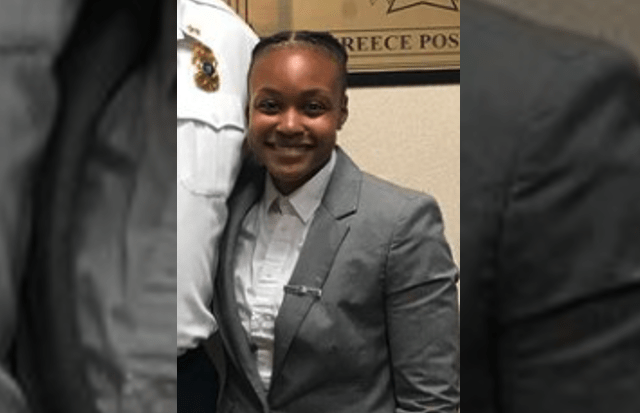 Tiffani Gatson when she was first hired in 2018. (Greece Police Department)

The Rochester Police Department said off-duty officer Tiffani Gatson fatally shot one woman while seriously injuring another before killing herself. Gatson, 29, was a member of the Greece Police Department, the Democrat & Chronicle reported.

Gatson was the first black woman hired by the police agency in 2018. “The Greece Police Department has hired her as its first African-American woman on the force,” the news outlet reported at the time.

Lt. Greg Bello of the Rochester Police Department said that first responders were called to a house on Costar Street, near Saratoga Avenue, about 7:20 p.m. after multiple people were shot at the residence.

Angely Solis, 27, was pronounced dead at the scene. Gatson was transported to Strong Memorial Hospital, but died shortly after arrival, Bello confirmed.

A unnamed woman in her 30s was shot in the upper body and also transported to the hospital. She survived the shooting, authorities said Tuesday morning, although further details were not provided.

The apparent murder-suicide is Rochester’s 72nd homicide of 2022, according to the Democrat & Chronicle.

Since the shooting suspect was a “law enforcement officer in a neighboring jurisdiction,” the state Attorney General’s Office was called to the scene and is investigating the incident, police said.

According to Bello, investigators determined the shooting originated from a “domestic related altercation,” without clarifying the relationship between the trio.

After Gatson was hired in 2018, she said, “In a way it’s kind of surreal. I can’t believe I’m making history in a way. It’s a good feeling, it’s a positive image and I love being able to do that.”

All of that crumbled on Monday.