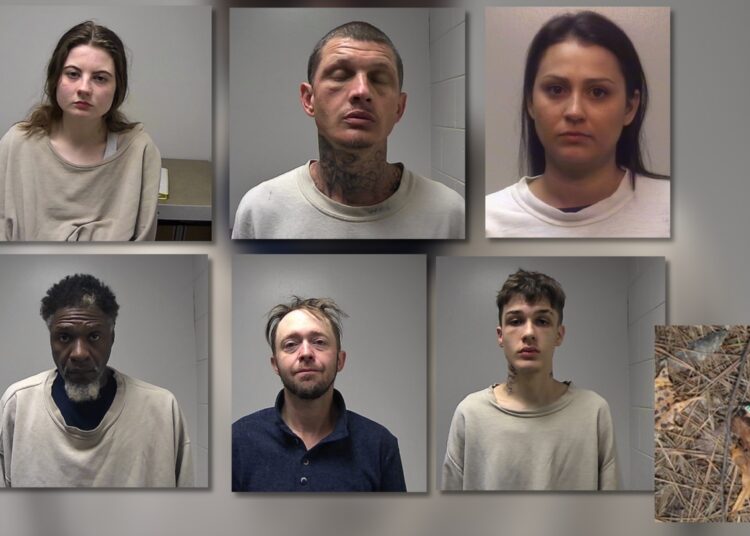 Coweta County, Georgia – Georgia police solved a string of burglaries in Georgia after police followed a trail of candy wrappers from a crime scene left behind by one or more hungry members of the crew.

The ‘carb-loading’ bandits are accused of burglarizing multiple homes and vehicles between October 4 and 7 in Coweta County — about 30 miles outside of Atlanta, police told The Newman Times-Herald.

According to the Coweta County Sheriff’s Office, the group would trek through the woods to get to the homes and cars they targeted for burglaries.

The New York Post reported that the alleged thieves broke into at least two homes and five vehicles and made off with weapons, cash, tools and food that they would then bring back to the woods and stash beneath piles of leaves.

The crime spree took a turn for the police when one of the items they stole, a bag of miniature Milky Way candy bars, was too much for the ‘sweet-toothed’ criminals to handle.

Investigators from the Heard County Sheriff’s Office followed a trail of the discarded wrappers they found in the woods, which led them directly to the home of one of the suspects.

At the residence, police recovered a stolen firearm and contacted the Coweta County Sheriff’s Office who connected the suspect to the burglary ring, according to the Times-Herald.

Police said the investigation is ongoing and more arrests are possible.

Share and speak up for justice, law & order...
Tags: burglarycandyGeorgia