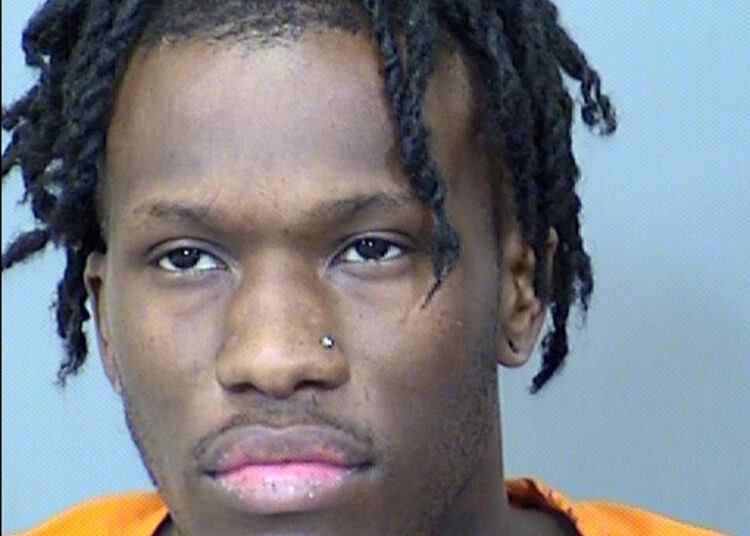 Phoenix, AZ. – Phoenix Police Officer Tyler Moldovan remains on life support as details emerge from the early morning shooting on Tuesday.  Court documents reported by AZ Family, report that Moldovan was shot eight times, including once to the head.

Police initially responded to reports of vehicles speeding and doing “donuts” near 19th Avenue and Camelback Road just after 2 a.m. Tuesday morning. A Black Dodge Charger and a White Dodge Challenger were reported as the vehicles involved.

Upon arriving on the scene, officers located a Black Charger in a parking lot near 15th Avenue and Camelback, where a suspect identified as Essa Williams, was seen jumping the fence into the complex, leaving his vehicle.

Court paperwork says that the vehicle had a gun case inside.

A perimeter was set up to search for Williams. Police later found Williams in a covered patio inside the apartment complex. Officers on the scene reportedly heard Williams say that he was speaking to someone on the phone, telling them that he was “going to jail.” 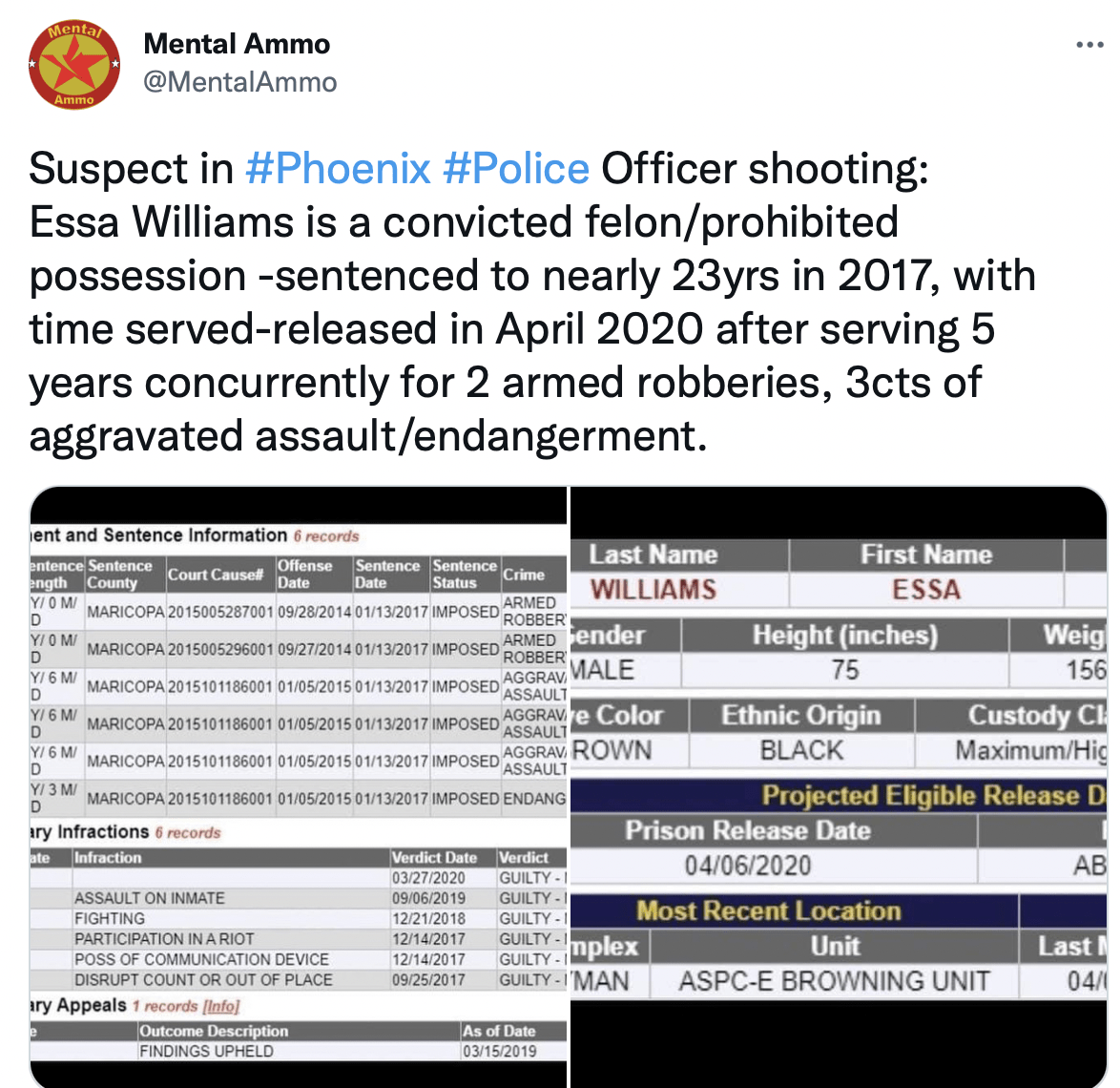 The officer who spotted Williams asked him if he had any weapons and he said no. At that point, he pulled a handgun from his waist and shot officer 22-year-old Tyler Moldovan approximately eight times, including to his head. Court paperwork says the Moldovan fell to the ground and was unresponsive after the first shots were fired.

Williams reportedly continued firing at Moldovan after he was lying on the ground. It was then that Williams “jumped out of the patio, dropped his handgun, and tried multiple times to pull the injured police officers handgun from his holster,” police paperwork said. 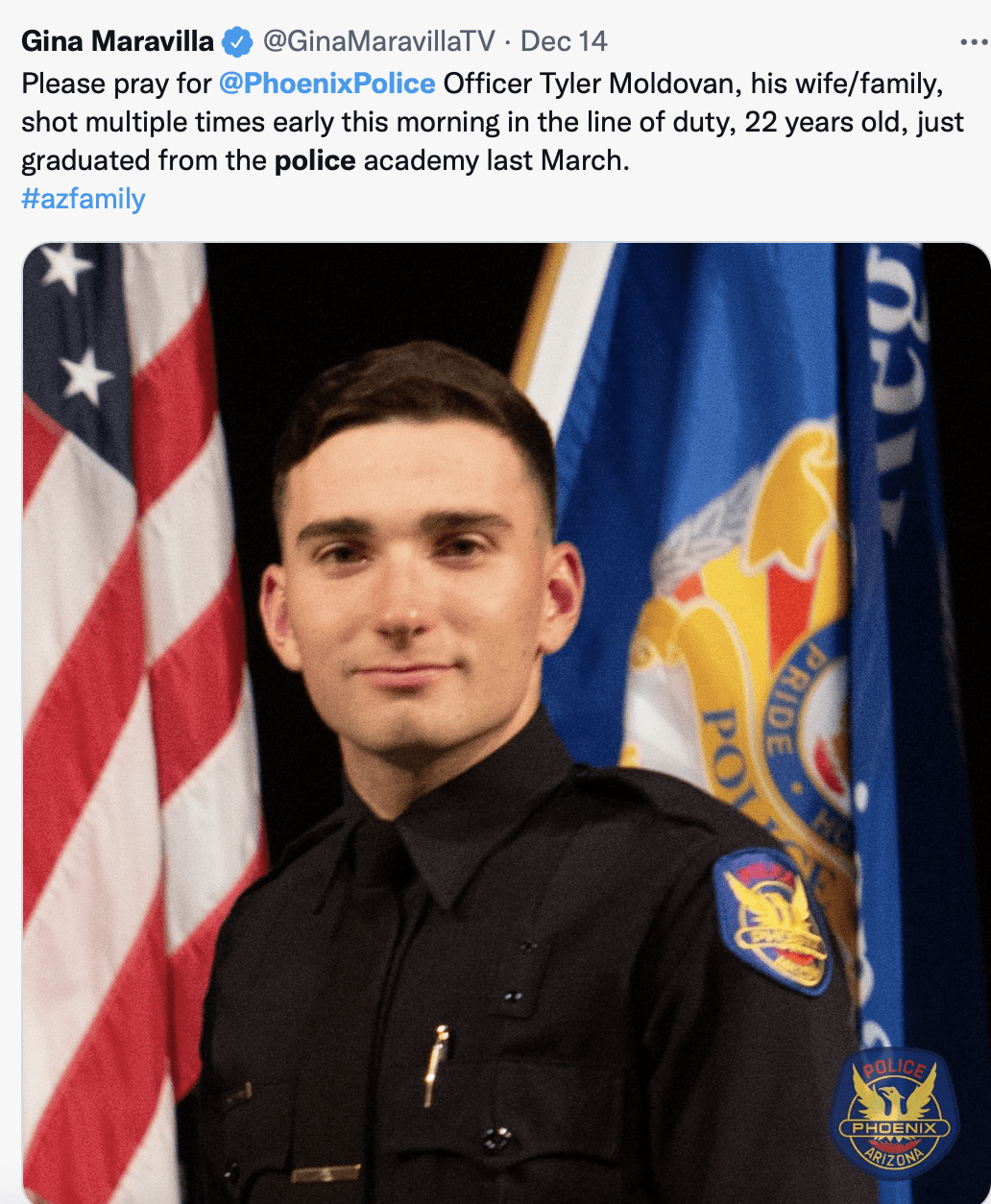 Another officer ran up to Williams when the suspect allegedly continued to yank and pull Officer Moldovan’s handgun from his holster. And just as an officer tried to tackle Williams down, Williams threw himself to the ground and began resisting arrest. After several minutes of trying to arrest him, another officer helped and authorities finally took him into custody. Authorities say another handgun with an extended magazine was also discovered in the patio where Williams was hiding.

Following his arrest, Williams made comments asking officers to shoot him, and saying that another person had shot the officer.

Court paperwork revealed Williams is facing 1st-degree attempted murder of a law enforcement officer, possession of a weapon by a prohibited person, resisting arrest, and attempted aggravated assault of an officer. Williams is being held on a $3 million cash bond.