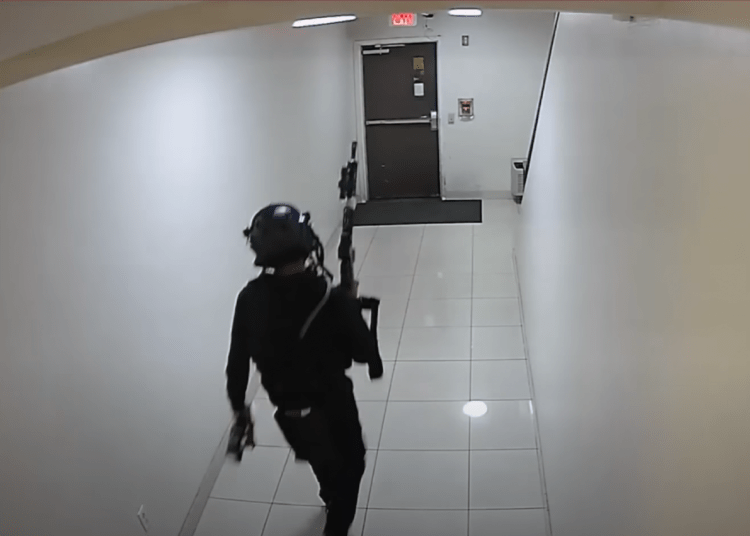 A gunman murdered two people and wounded five others before killing himself in August. (Phoenix Police Department)

Law enforcement authorities identified the suspect as 24-year-old Isaiah Williams. On the night of August 28, he dressed himself in tactical gear and fired up to 200 rounds and tossed Molotov cocktails around a Phoenix hotel near 26th Avenue and Deer Valley Road before dying by suicide, according to police, NBC 12 News reported.

The murder victims were identified as 36-year-old Misael Arevalo and 44-year-old Karla Garzona. Three other citizens and two police officers were also wounded by gunfire.

After Williams shot himself, investigators reported finding a rifle, several magazines, incendiary devices, a gas mask, and a helmet nearby, according to police.

“This is a massive crime scene,” Phoenix Police Chief Jeri Williams said in the immediate aftermath as she held an impromptu press conference at the hospital. “There’s still a lot of work to do out at that crime scene.”

The chief was grateful that her officers were not killed during the gun battle, Law Officer reported in August.

“Once again, two Phoenix Police officers have been shot,” Williams said. “Thankfully, those two officers are recovering and are talking. So they’re in good spirits.”