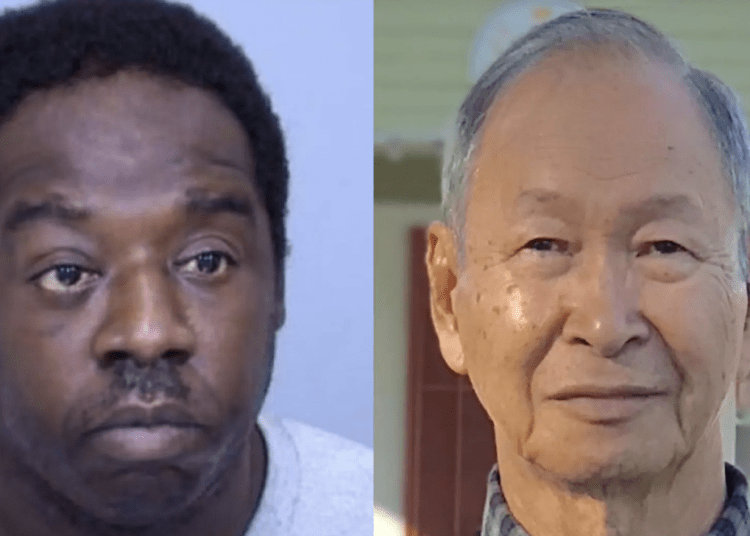 PHOENIX — Police in Phoenix this week arrested a suspect on suspicion of murder in connection with the violent slaying of an elderly man. The killing of the Filipino grandfather appeared random and the motive remains a mystery, according to investigators.

Juanito Falcon, 74, was walking in a Phoenix neighborhood on the morning of Feb. 16 when he was hit in the face by the suspect “for no apparent reason,” court documents said, according to FOX 10 of Phoenix.

As a result of the attack, Falcon fell and hit his head on the pavement. He reportedly suffered a fractured skull and brain bleeding and died two days later in a hospital.

The suspect ran from the scene but Falcon managed to describe the suspect’s car and part of the license plate number to police before he ultimately died, the Arizona Republic reported.

The suspect, identified as Marcus Williams, was arrested Wednesday and booked into jail on a $500,000 bond.

“Detectives have been unable to uncover a motive for this attack,” police said, according to FOX 10.

No one should have to go through what her father suffered, Malou Acunin, Falcon’s daughter, said in a statement, FOX reported.

“I have a lot of questions,” she said of the attack. “I want this incident to be a cause of awareness to everybody. I don’t want the same incidence of violence and crime to happen to anybody — especially to the elderly. My father was just doing his morning walk. He was a good man and loved by many. He could have lived longer with his family if this didn’t happen.”

The daughter of Juanito Falcon released a statement. The 74-year-old was on his morning walk when he was attacked.

“I don’t want the same incidence of violence and crime to happen to anybody especially the elderly.”#fox10phoenix pic.twitter.com/dyLhLSN9JP

Falcon’s death came amid an uptick in anti-Asian crimes across the country but it was unclear if the assault was race-based, police said. Falcon was of Filipino descent.

“We don’t know why this occurred, which is what makes it even more tragic,” said Ann Justus of the Phoenix Police Department, according to FOX 10. “Sometimes we just don’t ever find out the why.”