Under progressive DA Larry Krasner, homicides in Philly have increased 40% 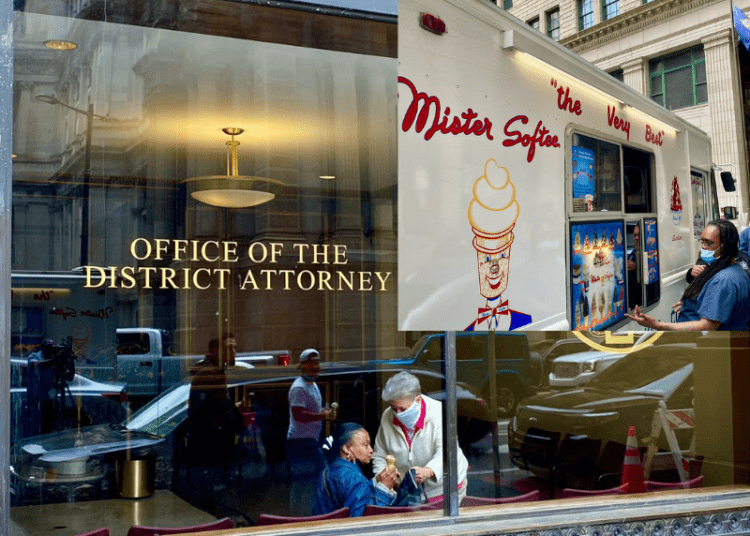 Philadelphia — It’s no secret that Philadelphia DA Larry Krasner is no friend to law enforcement. And the Philadelphia police union made that perfectly clear on Friday. The union helped give out free, soft-serve ice cream at an event to honor Krasner’s “soft” on crime approach toward prosecuting criminals.

According to NBC Philadelphia, the the Fraternal Order of Police Lodge No. 5 showed up outside the DA’s office with an ice cream truck to give out Mister Softee soft serve ice cream. The ice cream truck also featured a billboard encouraging citizens to vote forDA Krasner’s opponent, Carlos Vega, in the upcoming May 18th primary election.

FOP President John McNesby said in a press release: “We are reminding residents about Larry Krasner’s soft-on-crime policies that have made Philadelphia unsafe and dangerous… Krasner’s failed social experiment is costing lives all across this city.” 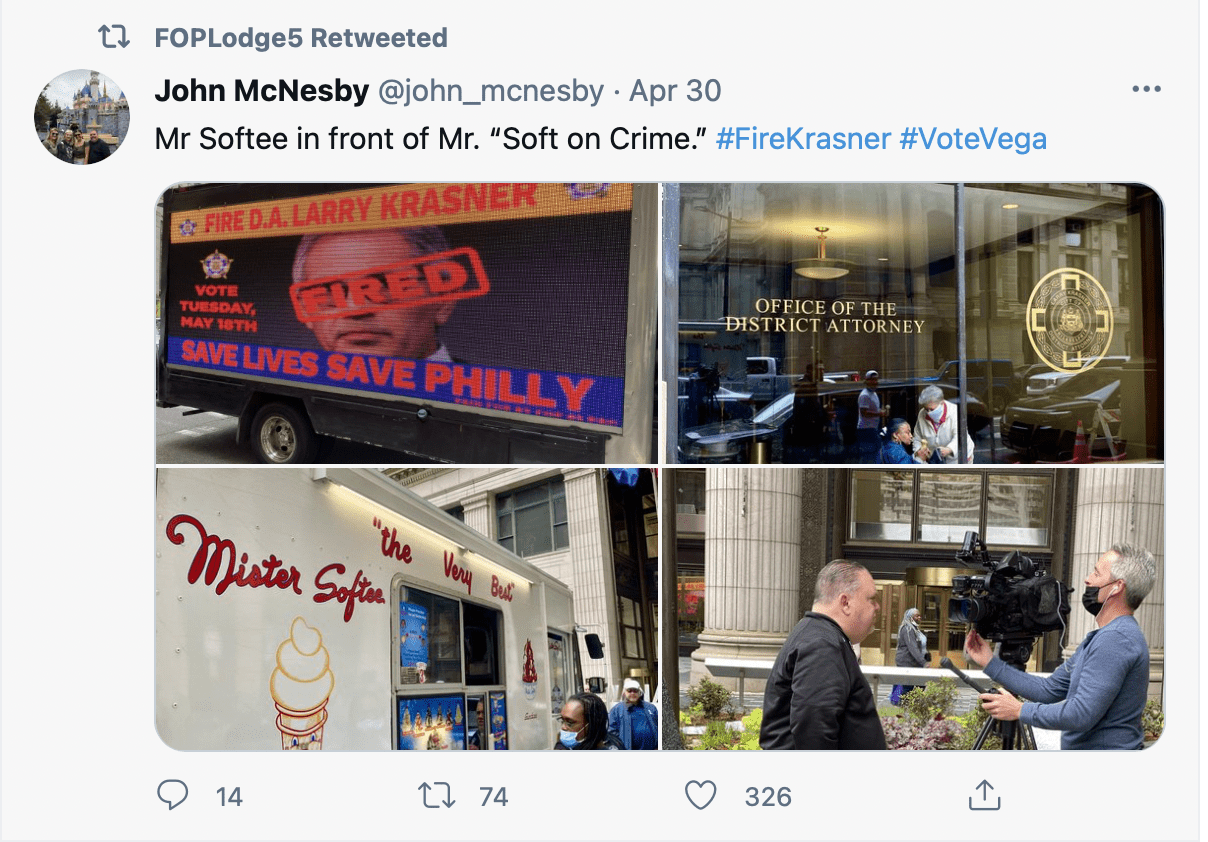 In offering a hollow response, a spokesperson for Krasner’s campaign pointed out that he received more than sixty endorsements from people and groups who “represent constituencies from all over this city.” Krasner’s campaign spokesperson went on to say that those who endorse him “speak for the community, not the powerful, and we’re proud that today they are out working to better Philadelphia rather than serving ice cream and spending money on publicity stunts.”

Krasner, a former defense lawyer who was elected district attorney off a platform of reforming the criminal justice system has no doubt delivered on his promises including an overhaul of Philadelphia’s cash bail system, and supporting the decriminalization of certain minor crimes but the city saw record homicides in 2020.

And while the spokesperson seemed quick to call out “publicity stunts,” it’s hard to ignore the skyrocketing crime that has taken place during DA Krasner’s tenure: the 499 homicides in Philadelphia in 2020 was a 40% increase from the previous year.

And while Krasner’s so-called endorsees may “speak for the community,” they likely do not speak for the many crime victims that have suffered in the lawless environment DA Krasner and his policies have helped create.

Making the matter even worse, in response to DA Krasner’s soft-like-ice cream approach to crime, Philly cops are leaving in record numbers, in no small part to his actions—and lack of action in prosecuting crime.

In contrast, Vega (DA Krasner’s opponent) had been an assistant district attorney. Vega was also among the three dozen veteran prosecutors fired by Krasner when he took office in 2018 purportedly to change the culture of the DA’s office.

Vega is currently suing Krasner over his firing, and argues that the incumbent has failed to keep Philadelphians safe. Vega explained very clearly told NBC10 that, “We can’t afford another four years of Krasner’s failures. We are on track to lose nearly 600+ Philadelphians this year, and Larry Krasner has yet to take responsibility for this crisis or provide meaningful solutions that will save lives,”

Both Vega and Krasner are running as Democrats. Given the overwhelming number of Democrats in Philadelphia, the May 18 winner will also be the presumptive winner of November’s general election.