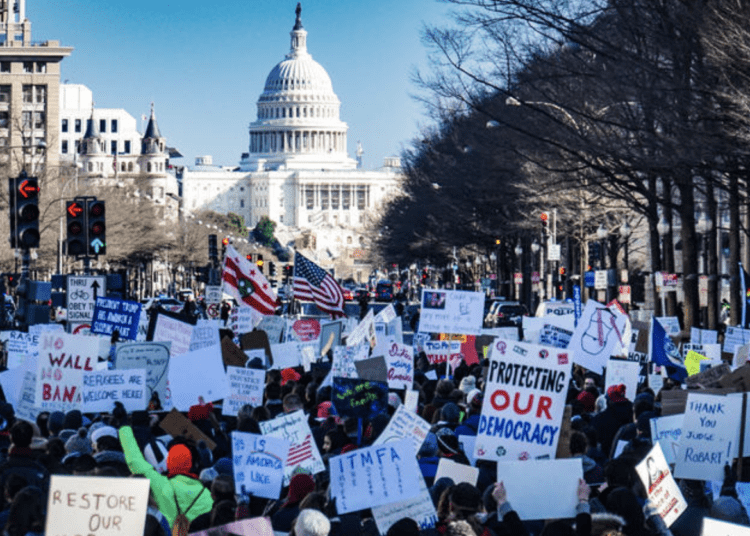 ZELIENOPLE BOROUGH, Pa. — A police officer with the Zelienople Police Department in Pennsylvania is under investigation after he posted a photo of himself attending a rally for President Trump in Washington, D.C., the same day that pro-Trumpers stormed the nation’s Capitol.

The photo, which was reportedly posted on his Facebook account, featured Thomas Goldie, an officer in the Zelienople Borough Police Department, wearing a hat that said “Trump MAGA 2020 f— your feelings,” according to CBS Pittsburgh.

Zelienople Police Chief Jim Miller told WTAE that the officer was not part of the crowd that broke into the Capitol but added that the matter has been turned over to the borough’s legal department and they will investigate further.

However, the report did not indicate what kind of allegation of misconduct was being investigated.

More than 80 people have been arrested and the FBI is pursuing arrests for dozens of other suspected participants who charged the building, overwhelming law enforcement on that day, Fox reported.

Former Pennsylvania State Rep. Rick Saccone was forced to resign from a teaching position after boasting about his participation in the riots.

Meanwhile, a delegate from West Virginia, Derrick Evans, was federally charged with entering a restricted area after previously boasting on video when he breached the Capitol, Law Officer reported. Consequently, he is also under pressure to resign.