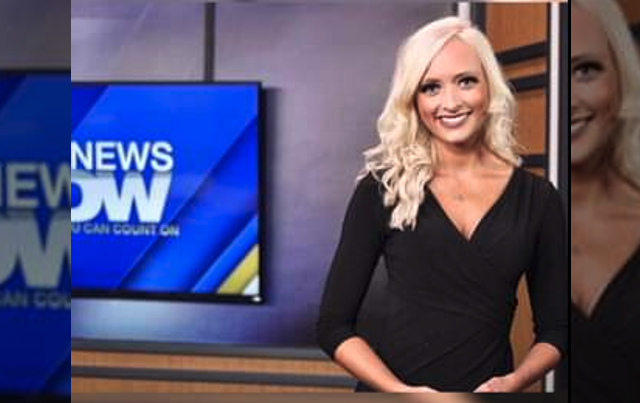 ERIE, Pa. – A Pennsylvania news anchor and producer is in hot water after reporting to police that she’d become the target of a stalker, when law enforcement authorities reportedly proved otherwise.

In April, Potter, 24, reported to police that she’d become the victim of a stalker. She said it began with text messages in late February, then phone calls and voice mails. Moreover, a handwritten note was allegedly slid beneath her apartment door and flowers were sent to her at the office.

Potter filed a police report April 3. The Pennsylvania State Police conducted and investigation and they came to a different conclusion. Police said the claims were fabricated. As a result, Potter is facing criminal charges.

“After extensive investigation by PSP Erie, it was revealed Potter had been responsible for all of the messages and stalker activity she reported having been the victim of,” the investigating officer, Trooper Ronald Godek, wrote in his investigative report.

Potter was arraigned Monday before Magisterial District Judge Lisa Ferrick. The charges include two felony counts each of forgery and criminal use of a communication facility; and misdemeanor charges of access device fraud, theft by unlawful taking, receiving stolen property, identity theft, false swearing to mislead a public servant, unsworn falsification to authorities, false reports to law enforcement implicating another person, false reports to law enforcement reporting an event that did not occur, falsifying/tampering with physical evidence and disorderly conduct, GoErie reported.

Based upon the laundry list of charges, there appears to be a lot more to this investigation that has not yet been disclosed.

A preliminary hearing has been scheduled for July 28.

Potter joined the news organization in June 2020, according to the Erie News Now website.

“We reject the allegations wholeheartedly and intend to vigorously defend her against them,” Latouf told the Erie Times-News without offering further comment.