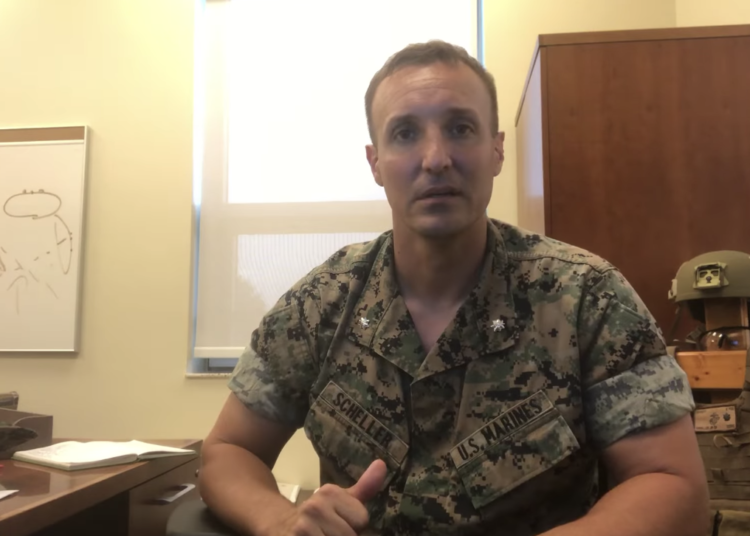 If you ask challenging, well thought out questions in a public forum, you’re going to the brig. That is the message sent to Marine Lt. Col. Stuart Scheller, the officer who went viral for blasting the military’s leadership amid the chaotic withdrawal from Afghanistan, as he has been jailed, according to a report.

“All our son did is ask the questions that everybody was asking themselves, but they were too scared to speak out loud,” Scheller’s father, Stu Scheller Sr., told Task & Purpose. “He was asking for accountability. In fact, I think he even asked for an apology that we made mistakes, but they couldn’t do that, which is mind-blowing.”

Scheller initially posted video to Facebook challenging the manner in which the U.S. withdrew from Afghanistan. Moreover, he questioned command decisions on the activity leading up to and during the final evacuation effort, Fox News reported.

Scheller continued to release videos, which brought admiration from many viewers, but apparently drew condemnation from senior military leadership. Finally, he was given a directive to stop posting to social media, yet he chose to ignore the command and posted about the gag order he’d been given.

Consequently, the Marine Corps officer sensed that his last post could result in a trip to the brig, and he was right.

“What happens when all you do is speak truth and no one wants to hear it. But they can probably stop listening because… I’m crazy… right?” Scheller noted at the end of the post.  “Col Emmel please have the MPs waiting for me at 0800 on Monday. I’m ready for jail.”

A spokesperson for Training and Education Command said that Scheller’s status, is “currently in pre-trial confinement.”

“The time, date, and location of the proceedings have not been determined. Lt. Col. Scheller will be afforded all due process,” the statement declared, according to Fox News.

Nevertheless, the elder Scheller defended his son, saying he was simply seeking “accountability” from the military’s top leaders.

“He’s asking for the same accountability that is expected of him and his men,” he said.

“I’ve had Vietnam veterans contacting me applauding him for his courage because they too want to know: Was it all worth it?” he continued. “And by demanding accountability and honesty from his senior leaders, that’s all he was asking. And the way the Marine Corps has dealt with it: They have now put him in jail.”