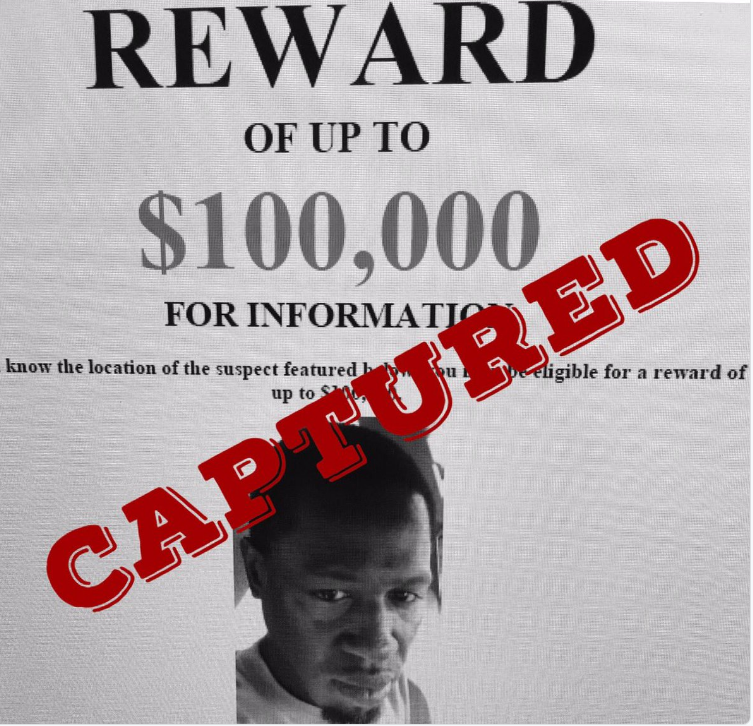 Markeith Loyd, the man wanted in connection with the shooting death of Master Sgt. Debra Clayton, has been caught.

The Orlando Police Department announced the capture on their Twitter Page and said that details would be coming soon.

Chief John Mina announced earlier on Tuesday that they had received a tip that Loyd may have shaved his head.

Prior to the capture, the Orlando Police Department announced earlier today that the reward had increased to $125,000 and the United States Marshall Service had placed Loyd on America’s Most Wanted List.

A source within the Orlando Police Department said that they were tapping his cell phone that had been silent for days until today.  When he started texting from the phone.

Police located Loyd from the phone texts and while approaching, he gave up.  He was found wearing a ballistic vest and had two guns in his possession.

The location of his arrest is reportedly 3 miles away from the original scene of the murder of Sgt. Clayton.

The source also indicates that Loyd had known the family of slain Sgt. Clayton for decades.

Police sources tell us that it was not a tip that was responsible for the capture but rather “good police work”.