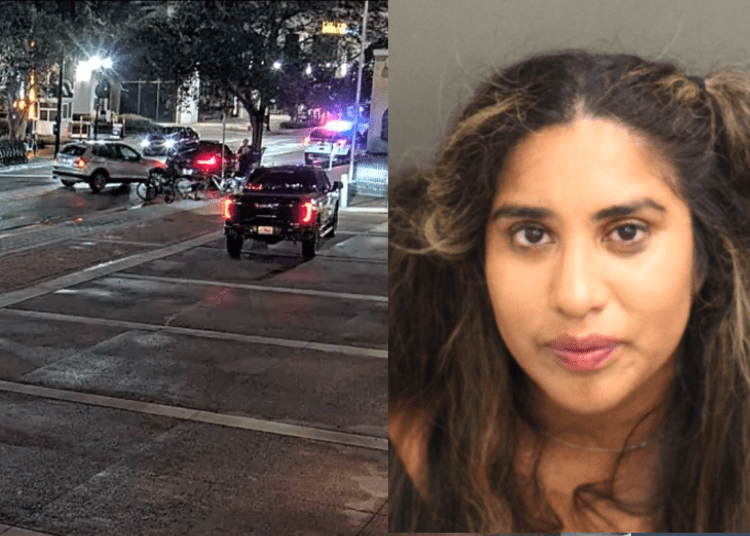 ORLANDO, Fla. – Video shows the moment a Florida woman suspected of impaired driving crashed her automobile into Orlando bike patrol officers and another car police had stopped and detained.

According to an arrest affidavit, three officers assigned to a bike patrol detail were conducting a traffic stop on E. Central Blvd near downtown Orlando on Thursday. While speaking with the driver of that vehicle, a silver BMW SUV came up from behind the officers and crashed into them and the car they had stopped.

Video from a nearby camera appears to show the moment the SUV crashed into the victims, FOX 35 Orlando reported.

The driver of the BMW was identified at 26-year-old Lori DeCarlo. According to police, she displayed classical objective systems of impairment. i.e. The woman was agitated, refused to answer questions, slurred speech, bloodshot eyes, and “staring off into the distance.”

Moreover, police noted other behaviors that are consistent with a person who is under the influence, such as:

Following the investigation, DeCarlo was arrested and is facing a charge of DUI with personal injury. It was unclear what kind of injuries were sustained by those present or whether medical treatment was necessary. 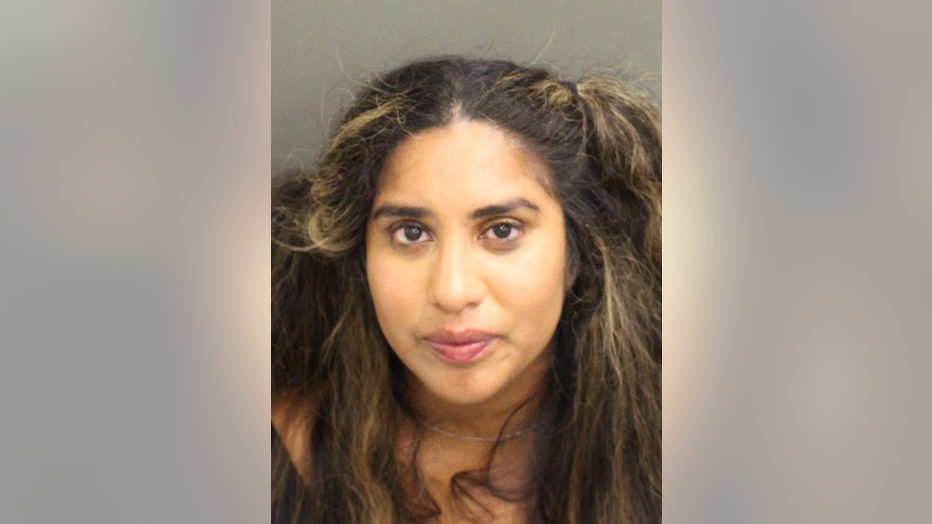 While in the back of the police unit, the report says that DeCarlo began to bang her head on the cage partition and bouncing around the back seat, yelling profanities, according to FOX 35.

While speaking to a nurse, DeCarlo reportedly told the health care professional that she was at ‘Wine Down Wednesday’ in downtown Orlando prior to the collision.