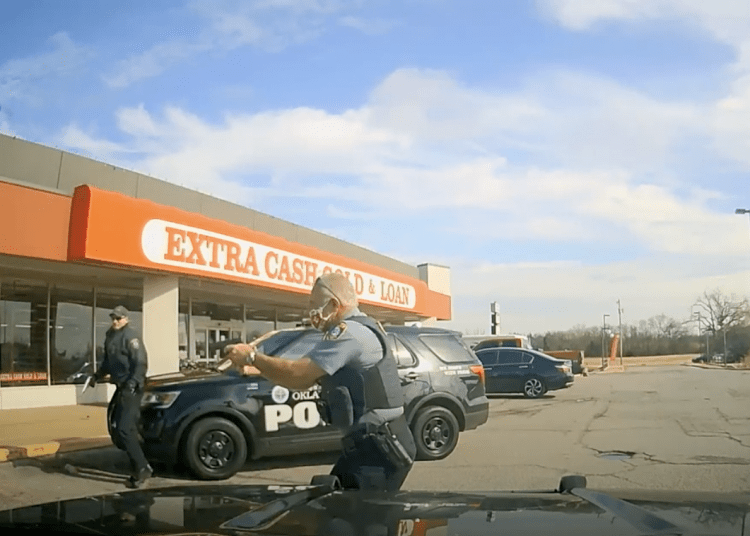 Oklahoma City, Okla. — An Oklahoma City police officer is facing charges of first-degree manslaughter in the deadly shooting of a man who attacked officers with a knife. Sergeant Clifford Holman and other officers were in a parking lot on December 11, 2020, when a man threatened officers with a knife. After minutes of pleading with the man to put down the knife—and less-lethal, de-escalation tactics including the use of O.C. Spray and a Taser—the man charged at officers with the knife. He was then shot and killed by Sergeant Holman.

On Thursday, Oklahoma County District Attorney David Prater charged Holman with first-degree manslaughter. If convicted, Holman could receive a prison term of four years to life in prison with the possibility of parole after serving at least 85% of the sentence.

GET THE TRUTH TO YOUR COMMUNITY… JOIN THE LAW OFFICER NETWORK

District Attorney David Prater, who told The Oklahoman that: “There are always many things to consider when determining whether or not an officer’s use of deadly force is lawfully justified or not… Any loss of human life is tragic, and I take these decisions very seriously.”

The video below is a compilation of various body camera recordings during the incident (audio was not recorded for the first 30 seconds).

(Note: this video has been restricted by YouTube and requires sign in, but is still available here).

Captain Daniel Stewart said that police were called to a retail store because the suspect, Bennie Edwards, was bothering customers outside the store, When police arrived, Edwards “ran at the officer, and he had a knife, and the officer was forced to discharge his weapon.”