Tyler Steffins was killed in a stabbing Saturday night 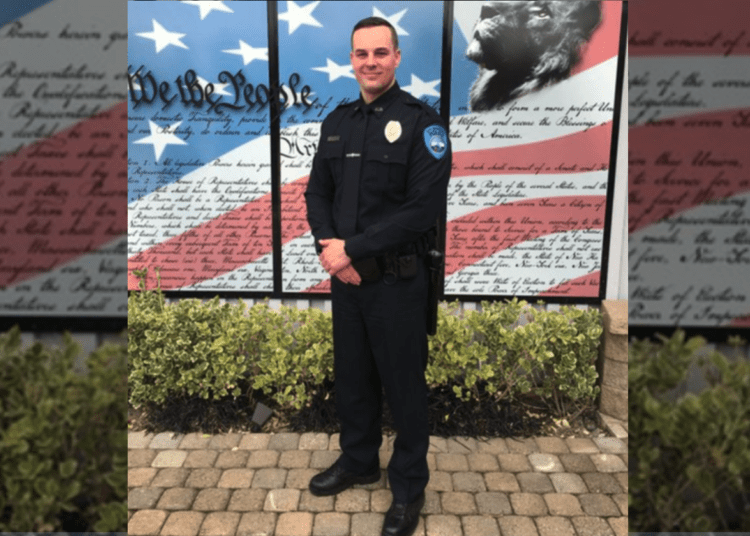 LAS VEGAS – An off-duty police officer from the state of Washington died from injuries he suffered after being stabbed in Las Vegas over the weekend, according to reports.

Foot patrol officers of the Las Vegas Metropolitan Police Department were flagged down Saturday about 9:40 p.m. regarding an argument occurring on a pedestrian bridge near the New York–New York and MGM casinos, Yahoo News reported.

As officers arrived on scene, they saw a suspect holding a knife. He was later identified as 58-year-old Freddy Allen, according to LVMPD.

Allen fled on foot and tossed the knife into the Statue of Liberty fountain in front of the New York–New York casino. However, officers caught the perpetrator and made the arrest, police said.

Click on the items below for more information on the arrest of 58-year-old Freddy Allen who has been arrested for open murder. The incident occurred near Tropicana Ave & Las Vegas Blvd.

Anyone with additional info is asked to call 702-828-3521 or contact @CrimeStoppersNV pic.twitter.com/RZDkeUkeOB

Steffins was transported to a nearby hospital, but did not survive, Yahoo News reported.

According to the arrest report, a man with two dogs and Allen had been loitering on the pedestrian bridge when Steffins asked if he could pet the pups.

Apparently the owner believed Steffins was petting his dogs too aggressively, which led to an argument.

During the confrontation between the men, Allen approached and stabbed Steffins once, the police report said.

The weapon was described as a hunting knife with a six-inch fixed blade, police said.

Allen was booked for murder at the Clark County Detention Center.

“This is a tragic loss for our agency when our staff and the entire region is already in a state of mourning for other fallen officers. While we grieve with heavy hearts, our peer support program members are actively engaging with our staff,” said Edmonds Police Chief Michelle Bennett, FOX 13 Seattle reported.

“Tyler was a valued member of our police family whose infectious smile and contagious laugh endeared him to his peers. We will miss him terribly but cherish the times we had with him. We remain committed to providing quality service to our community even during the most trying of times,” the chief concluded.

Steffins had been with the Edmonds Police Department since August 2018. Prior to that he served in the U.S. Marine Corps from 2007 to 2011.

He is survived by his wife, mother, father, brothers, sister, two young children, friends, and loved ones.