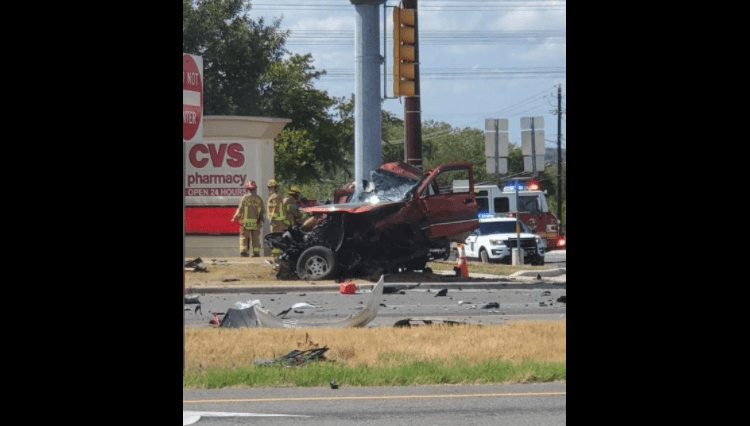 An Austin police officer was suspended after a pursuit he said was terminated became a traffic fatality. (Photo credit Ernie Sandoval via The Statesman)

AUSTIN, Texas – An Austin police officer was suspended for 10 days after a September vehicle pursuit, which he reportedly terminated, eventually became a traffic fatality.

On Sept. 27, Officer Richard Bozelli noticed Jessie Jay Woosley, 23, speeding on North Lamar Boulevard, near Parmer Lane, according to Bozelli’s disciplinary memo. Bozelli attempted to get Woosley to pull over at Lamar and West Yager Lane, but Woosley didn’t yield, the memo says, according to the Statesman.

Bozelli chased Woosley for about two minutes, then told dispatch he was terminating the pursuit, the memo says. However, twenty seconds later, Woosley collided with another vehicle at Parmer Lane and Dessau Road, according to the memo.

Woosley died at the scene, and two others were injured, the memo says.

The point of contention was the officer’s status when the crash occurred.

At the time of the collision, Bozelli was traveling 82 mph with his emergency lights and siren still activated, the memo says. Bozelli later acknowledged to investigators that he did “not correctly” end the pursuit after saying he would do so, the memo says.

The crash was captured on Woosley’s dash camera footage.