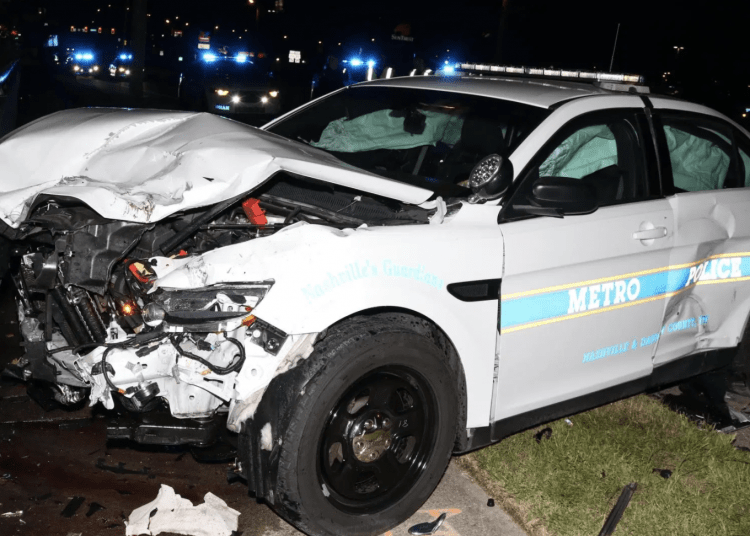 NASHVILLE, Tenn.  — Nashville police said a man is facing DUI charges after crashing into a marked police unit over the weekend.

The collision occurred on Sunday morning on Old Hickory Boulevard and Madison Station Boulevard, reported WKRN. Officer Fred Ware was heading toward I-65 and had the green light. That’s when police said Kennedy Recinos-Sales, 24, failed to stop at the red light. As a result, he hit Ware’s vehicle. Consequently, both vehicles caromed into the shoulder wall on the bridge over the railroad tracks.

Law enforcement officers conducted a DUI investigation. They concluded that Recinos-Sales was operating a motor vehicle while impaired. Therefore, he was charged with DUI, vehicular assault, driving without a license, having no proof of insurance, and an open container violation, according to the report.