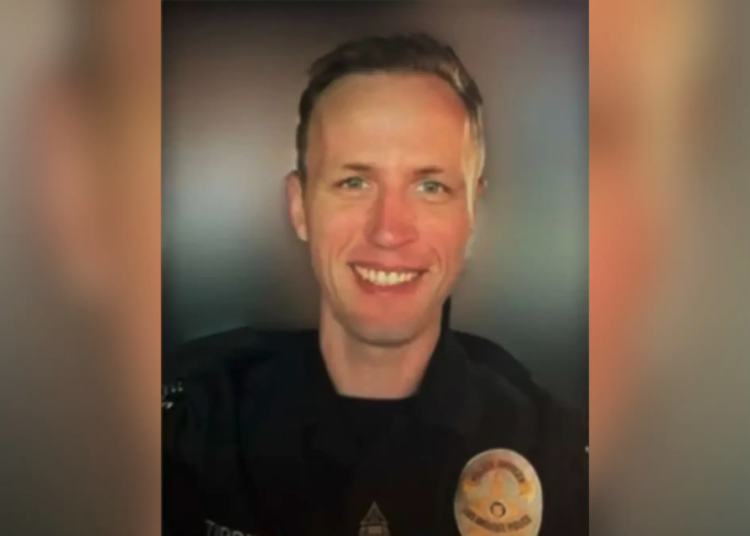 LOS ANGELES – Officer Houston Tipping of the Los Angeles Police Department died from injuries he sustained in a training accident and was not brutally beaten by fellow officers as suggested by his mother, according to the autopsy report.

Tipping, 32, suffered a spinal cord injury after he fell to the ground as he held another officer in a “bear hug” while serving as an instructor during a May 26 exercise at the Los Angeles Police Academy, according to the June 8 report from the Los Angeles County medical examiner-coroner’s department, KTLA reported.

Tipping was engaged with one of the class participants in a “face-to-face bear hug” during the training exercise when both fell, witnesses reported. Tipping was “brought down on his head,” fell onto a hard mat “with not a lot of padding,” and the other student may have landed on top of him.

The autopsy report confirmed that Tipping’s neck was fractured. The officer passed away three days later after developing a brain injury because of cell death from lack of oxygen.

Tipping’s mother, Shirley Huffman, filed a wrongful death claim against the city, Law Officer previously reported. She alleged that her son was beaten in the head by other officers in an exercise meant to “simulate a mob.” Chief MIchel Moore has denied the allegations.

Brad Gage, an attorney for the Tipping family, said whatever happened “doesn’t seem to be part of a training exercise that was accidental.”

“It is inconceivable that there would be a simple wrestling match that would lead to head injury, multiple broken neck bones, liver damage, three broken ribs… It just doesn’t make sense,” Gage noted.

The coroner’s report confirmed additional injuries, but they were caused by efforts to save his life. They included fractured ribs that appeared related to efforts during CPR, which is common, and a cut on his scalp from a clamp used during surgery, KTLA reported.

Nevertheless, Gage said he plans to file a lawsuit. The attorney said he is “extremely skeptical” of the conclusions of the coroner’s report and wants to obtain more information, including autopsy photos and possible video of the training incident.