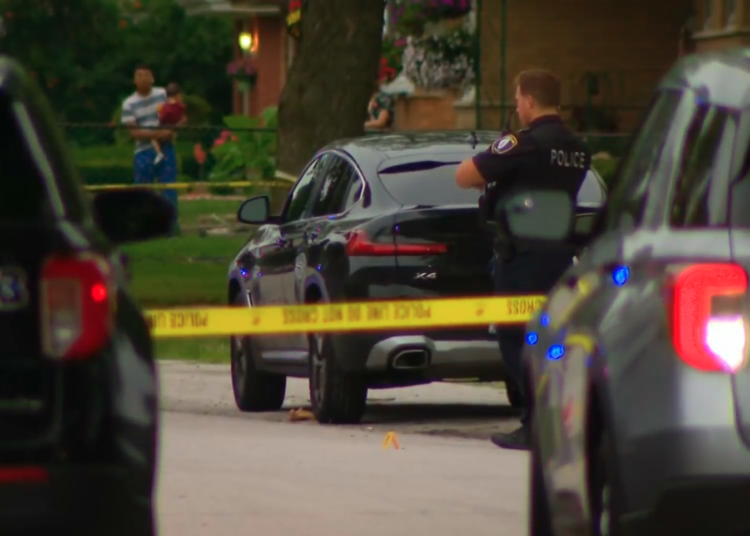 CHICAGO – A gunman is dead after he was shot by an off-duty police officer who witnessed a domestic dispute before the suspect opened fire at a park in South Holland, Illinois, Saturday evening.

The shooting unfolded about 6:30 p.m. during a family reunion at Maicach Park in the Village of South Holland, a suburb of Chicago. A domestic dispute arose between a man and his current girlfriend and former girlfriend at the gathering. At one point, the couple left, but returned and the man opened fire, according to a live report by CBS News Chicago.

An off-duty officer from Palos Hills was at the same gathering and returned fire, striking the shooter. Fortunately, no bystanders were injured by the gunman before the off-duty officer neutralized him.

(2/3) An off-duty police officer from another community happened to be attending the gathering, and he returned fire, striking the offender. The offender is at the hospital being treated at this time. No innocent bystanders were harmed.

The unnamed suspect was transported to a hospital where he later died. No further details were immediately available.