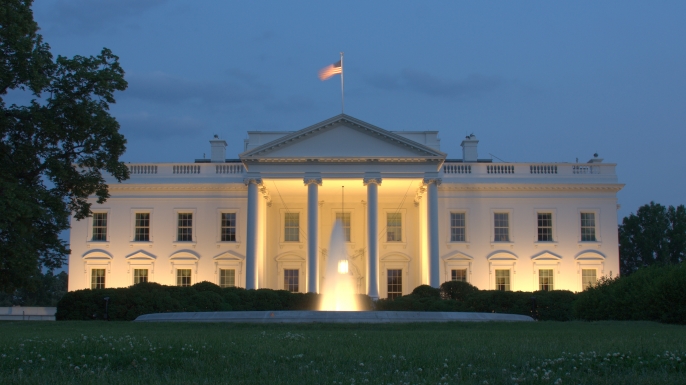 Washington Congressman Dave Reichert,  a 33 year law enforcement veteran and twice elected Sheriff of King County, WA, announced the refusal by the White House and recognized law enforcement on the floor of Congress on Monday.

Below is the full transcript of Congressman Reichert’s prepared remarks:

Behind me are the faces of the 135 men and women. The faces of those who paid the ultimate price serving and protecting us this past year so that our families, our children can live safe and enjoy our freedom. Freedom isn’t free!

You may not know or recognize these faces, but you know the faces of others who have served or who are serving today. They are the faces of our brothers, sisters, mothers, fathers and friends. Some were ambushed and executed, some lost their lives responding to a call to save a life, someone who called for help.

Tacoma Police Officer Jake Gutierrez from my home state of Washington is one of the faces behind me. He lost his life in the line of duty just last month while trying to protect a woman from domestic violence.

Jake was supposed to exchange wedding vows with his fiancé in just a few weeks.

Instead, she and his three daughters and granddaughter attended his funeral and tried to picture a life without Jake.

Tragically, again last month a time meant for celebration, was filled with pain for another Washington family.

Veteran officer Mike McClaughry from the Mt. Vernon Police Department was shot in the head while responding to a call for help.

Today his children, wife, friends, and family sit by his hospital bed as his life is now in the hands of God and his doctors.

This feeling of loss is one that I too am familiar with.

In 1982, my partner and best friend, Sgt. Sam Hicks, was shot to death attempting to arrest a murder suspect. He left behind his wife and five sons.

That was over 30 years ago but the loss of a loved one is a pain that time cannot erase.

This national day of appreciation is not only a day to reflect and appreciate the service of those that have served but those that are serving today.

They are driving, walking, patrolling your neighborhoods, keeping us safe, ready to put their life on the line yes, but every day they do so much more for us that goes unnoticed.

The officer that took a stolen bike report at Christmas and the next day delivered a new bike to the little boy’s house.

Or the officer who anonymously buys groceries for a needy family.

The officer who counseled a little girl who was being bullied because of the clothes she wore and then bought her a set of new clothes.

Or the officer who cradled a two month old baby in his arms giving CPR to his little fragile blue face hoping for the best but fearing the worst, then headed off to the next call.

Or the officer who held the hand of a dying man after a motorcycle accident and shared his last words with his family.

The officer who was spit on, ridiculed, insulted by a man threatening to kill him and his wife then minutes later saving that same man from taking his own life.

These men and woman are coaches, volunteers, mentors,  helping people find jobs, feeding the homeless, helping them find homes, even taking them into their own homes.

These are real people, they are your neighbors and friends, they are us.

This is not a job for them. This is a calling. They serve because they want to help. They want to make a difference. They serve with the heart of a servant.

On this day let’s take a moment to appreciate and respect all members of the law enforcement community and their families, by putting a blue light in your window or on your front porch.

This is just not a sign of appreciation for law enforcement across this country, — but a sign, a small symbol of unity for us all. We need that here in our nation more than ever.

Help us remember that we are one nation under God, indivisible with liberty and justice for all.

I am a big James Brown fan and I really like the way he puts it in a not so well known song from the 60’s about America. He says …”America is the greatest country in the world…Now black and white they may fight, but when the enemy comes we get together and run ‘em out of sight.”

Mr. Speaker the enemy is here and its name is hate. I say we take James Brown’s advice, let’s get together and run it out of sight.