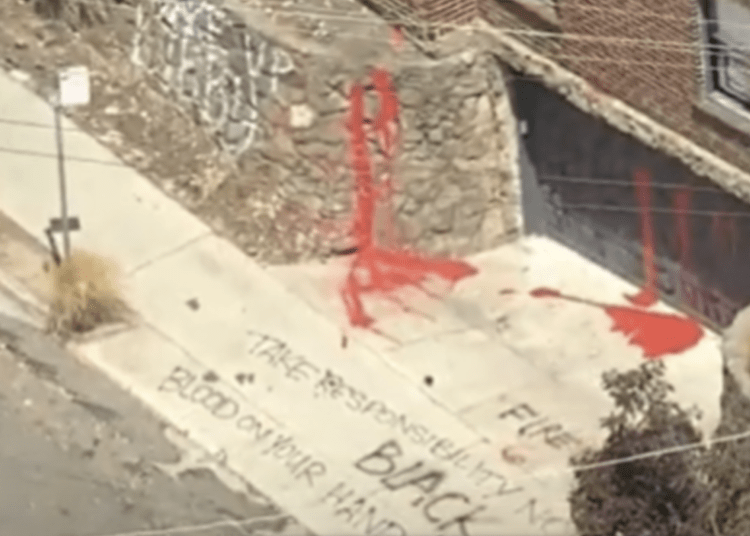 OAKLAND, Calif. — The Democrat mayor of Oakland, California just learned the hard way how vile Black Lives Matter protesters can get when the organization vandalized her home.

The vandalism reportedly occurred early Tuesday morning and involved thirty to forty protesters dressed all in black, according to the Sacramento Bee. Witnesses saw the rioters setting off projectiles and firecrackers as they spray-painted messages on Schaaf’s stone wall, sidewalk and garage, including “Defund OPD,” “homes 4 all,” and “blood on your hands.”

“I know there’s a lot of unrest and frustration and I sympathize with that, but this was jarring and felt like another level,” a neighbor of the mayor’s told KGO-TV.

Schaaf responded to the attack in a brief statement released through her spokesman, Justin Berton.

“This attack designed to intimidate the Mayor and strike fear into her family, will not stop her from advocating for the policies she believes are in the best long-term interests of her beloved hometown,” he said. “Like all Oaklanders, she supports passionate protest but does not support tactics meant to harm and terrorize others.”

Why do liberal politicians support these antics when they occur elsewhere, but not at their own home?

The vandalism occurred a day after President Donald Trump, who has long feuded with Democratic-run cities, threatened Monday to send federal troops to Oakland and several other cities.

Trump said “Oakland is a mess. We are not going to let this happen in our country.”