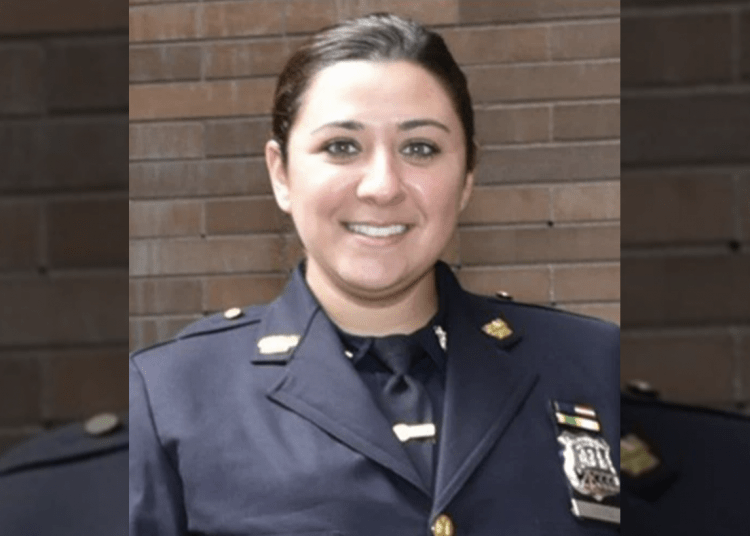 NEW YORK — Dramatic bodycam footage shows the moment hero NYPD Officer Alyssa Vogel rescues the 4-year-old girl wounded in the Times Square shooting and dashes her through a crowd to a nearby ambulance.

The footage, released by the NYPD Monday, shows Vogel running to the scene where a bloodied Skye Martinez is being treated by other officers — along with at least one of the other two victims of the horrific Saturday shooting at the Crossroads of the World.

Video from a bodycam worn by Officer Alyssa Vogel shows her responding to the Times Square shooting Saturday, May 9, 2021. (NYPD)

The officer, a mother of a 6-month-old boy, instinctively grabs Skye, then sprints frantically down Broadway clutching the injured youngster and getting her to the ambulance.

In the tense moments after Saturday's shooting in Times Square, Officer Vogel, from @NYPDMTN, was directed to a child who was shot, exclaiming — "There's a baby?" She quickly applied a tourniquet & rushed the 4-year-old girl to a nearby ambulance. pic.twitter.com/6oX12VL26q

The girl was taken to Bellevue Hospital with non-life threatening injuries to her leg.

Vogel told The New York Post on Sunday that Skye is “the strongest little girl I’ve ever seen.”

“I kept telling her to breathe and that her daughter was going to be OK,” Vogel said. “I kept trying to calm her down because she was obviously very scared.”

Officer Vogel applied a tourniquet to Skye Martinez’s leg and ran her to an ambulance. (NYPD)

According to the New York Post, sources identified the suspected gunman as Farrakhan Muhammad, who remained on the loose on Monday — and had been trying to shoot his own brother when he fired off shots in the busy tourist hotspot.