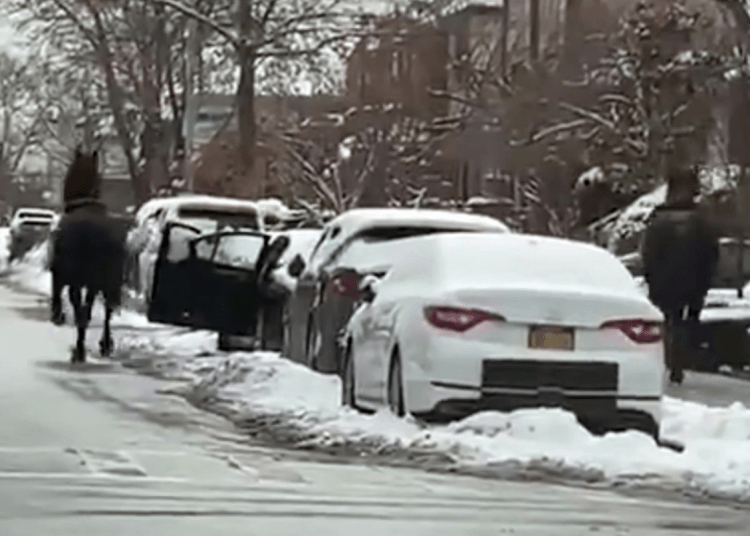 A pair of officers lost control of their horses in Midwood, Brooklyn, on Feb. 11, 2021, police said. (Twitter)

NEW YORK — A pair of officers from NYPD’s mounted patrol lost control of their steeds in Brooklyn on Thursday afternoon, forcing cops to run them down, police said.

The horse chase occurred just before 12:30 p.m. when the officers dismounted due to a minor medical issue while riding in Midwood, police said.

While off their mounts, something spooked the stallions and they took off near E. 8th Street and Quentin Road according to police.

Police caught up to the horses and were back in their police vehicle by early afternoon, The Post reported.

The officer who had a medical issue was taken to an area hospital and was expected to be all right, according to police.