The first lawsuit has already been filed 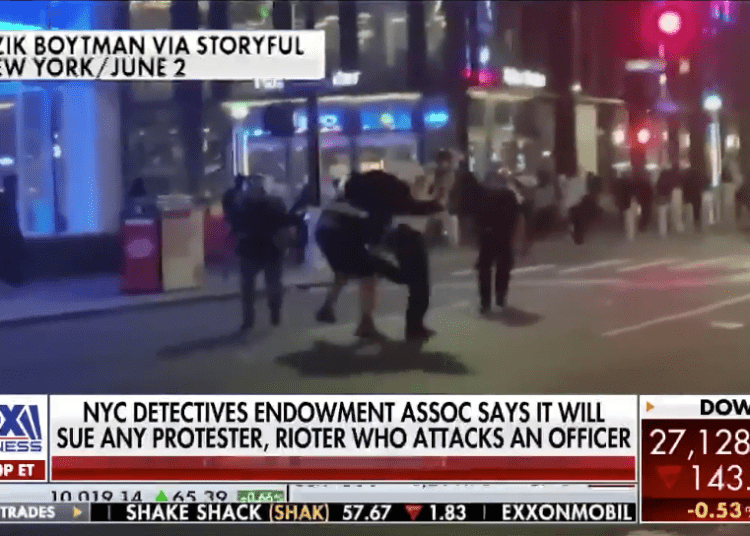 NEW YORK CITY – The union that represents NYPD detectives is turning the tables on rioters who practice violence resulting in physical injuries to its members.

“If you assault a New York City Detective and there are no consequences from the criminal justice system, we have to have other means to protect our detectives,” said Paul DiGiacomo, president of the Detectives’ Endowment Association, which has represented some 19,000 current and former detectives. He vowed to sue any protestor, rioter or looter who attacked its members, FOX News reported.

“It’s heart-wrenching because they are out there doing a job under very difficult circumstances, trying to protect the innocent people that are protesting while the criminal element is within that group, assaulting, looting and victimizing not only police officers and detectives out there, but also the people of the city.”

The first lawsuit has been filed against a looting suspect accused of stealing items from a pharmacy in Manhattan and who allegedly attacked Detective Joseph Nicolosi. The detective claimed he was injured in the struggle when the 19-year-old suspect resisted arrest.

“They’ve had urine thrown at them, rocks thrown at them, shot at, assaulted. I don’t know how much more they could take a day of putting up with a lot out there. And, you know, they are the finest in the world and they are doing a fabulous job, but they are being demonized by the elected officials,” DiGiacomo said.

With qualified immunity and indemnification in place, these lawsuit have been difficult to pursue in the past.

The NYPD has said that more than 350 of its officers suffered injuries during the protests.