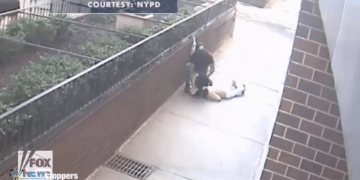 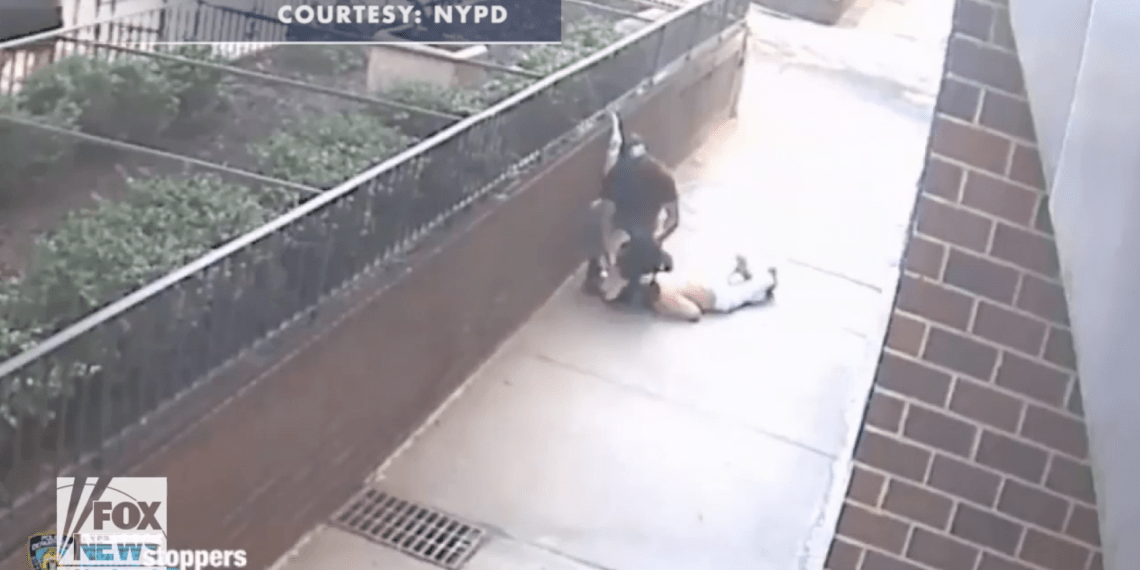 NEW YORK — A strong-armed robbery suspect choked and ripped off a 64-year-old woman in broad daylight in New York City before calmly walking away. The disturbing crime was caught on video.

The attack occurred in the area of East 29th Street and First Avenue around 8:30 a.m. Sunday, police said.

Footage posted on Twitter by NYPD shows the man approach the woman from behind and choke her before pulling her to the ground, crouching over her and stealing her bag.

He then saunters away as the woman remains on the ground, video shows.

Police said the strong-armed robber also made off with the victim’s iPhone and her wallet, which contained about $100, FOX reported.

Although the woman was likely shaken up, she was not seriously injured.