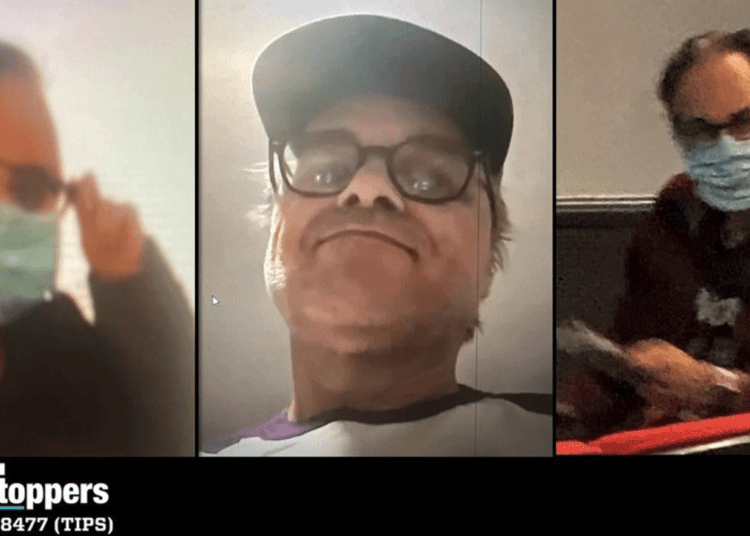 PHILADELPHIA – The man who went berserk stabbing two employees at New York City’s Museum of Modern Art after his membership was revoked has been arrested in Philadelphia, according to reports.

Police in the City of Brotherly Love say they located the suspect who is identified as Gary Cabana. Officers found him sleeping on a bench at a Center City bus terminal early Tuesday morning. He was taken into custody without incident, Fox News reported.

“I’m not a bad guy,” Cabana told Philly police, according to sources for the New York Post. “I just snapped.”

NYPD released video of the Saturday attack, which showed the suspect hopping over a reception desk at the Manhattan museum and attacking employees with a knife. Two workers—a man and a woman, both 24—were stabbed.

Cabana was reportedly enraged after his membership card to the museum had been revoked due to prior incidents of disorderly conduct.

#NYPD releases surveillance footage of attack at the #MoMA. Police are hunting for Gary Cabana, 60, who stabbed two Museum employees after being denied entry to see a film because his membership had been revoked a day earlier. He hopped the reception desk to attack them: pic.twitter.com/t0G5hVsdYf

“He became upset about not being allowed entrance and then jumped over the reception desk and proceeded to attack and stab two employees of the museum multiple times,” NYPD Deputy Commissioner of Intelligence and Counterterrorism John Miller said.

According to Miller, the suspect’s membership was revoked due to two prior incidents of disorderly conduct at the museum. A letter was sent to him Friday explaining that his membership was expired. However, he visited the museum Saturday wanting to see a film.

“When they said I couldn’t go upstairs to see STARRY STARYY NIGHT EVER AGAIN I lost it,” Cabana told the New York Post on Instagram Sunday night.

After the attack, both victims as well as a third person behind the counter managed to get away from the crazed attacker. Late Saturday the victims were reported to be in stable condition at Bellevue Hospital.

Police released video on Sunday showing the moment that a man jumped a counter and stabbed two employees at NYC’s  Museum of Modern Art on Saturday. (NYPD)

Cabana had been on the run since the crimes occurred Saturday. Philly cops were searching for him after a man under the name of “Joseph Cabana” checked into a Best Western in the city. The suspect lists his middle name as “Joe” on social media, the Post reported.

Philadelphia police added that they were looking for Cabana after a fire was started in a room at the Best Western Monday evening, according to Fox.

NYPD told Philly officers that Cabana might be looking to board a Greyhound bus to visit a relative, according to police sources.

Station security was alerted and spotted him around 1 a.m. Officers arrived 15 minutes later and Cabana was taken into custody, sources said.

Authorities are working on extradition to return Cabana to New York to face charges.