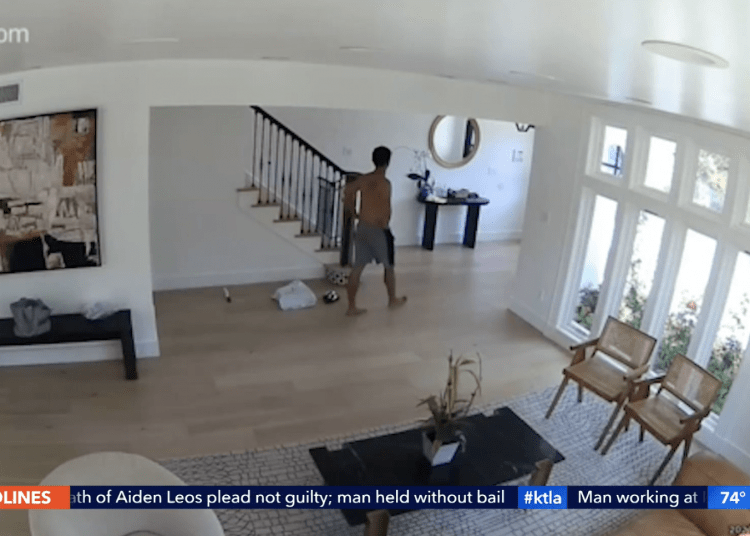 LOS ANGELES — A naked intruder sauntered around a family’s backyard before entering the home, helping himself to a shower and clothing, before killing their pet birds, according to a report.

Paul Kiyan was later identified as the suspect who can be seen on the home’s Ring camera footage walking around the couple’s backyard naked. He then entered the home and helped himself to a shower and a pair of shorts, KTLA reported.

The resident, Mat Sabz, was home when his wife Monica called to tell him someone was inside their house. He confronted Kiyan, 34, who kept saying the house belonged to him and that he was going to call the police.

Sabz had to jump from a second floor balcony and called law enforcement authorities as the Ring camera showed the suspect making himself at home.

During the instrusion, Kiyan reportedly killed two of the family’s beloved pet birds with his bare hands, Sabz said.

Fortunately, Sabz only had to worry about his safety since his wife and children were not home at the time of the bizarre incident, KTLA reported.

Kiyan was detained by personnel from the home security company and handed over to police for arrest. He is expected to be in court on Monday to face several charges.