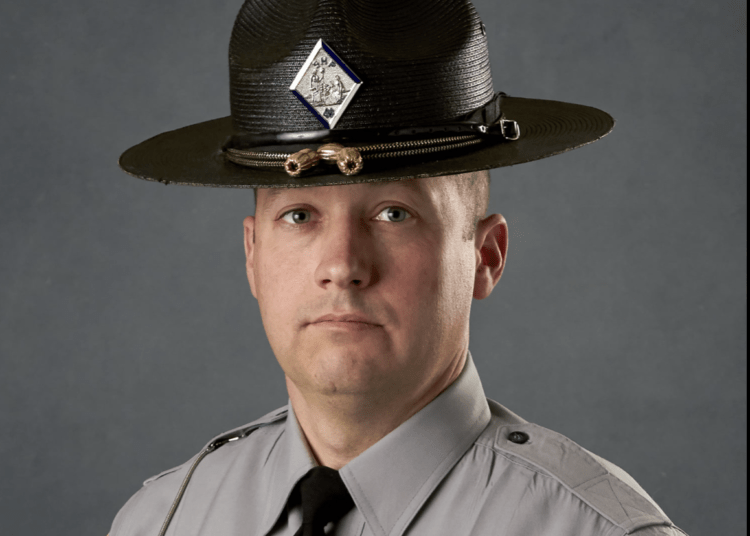 Trooper James Horton collided with the stationary patrol vehicle and struck Trooper John Horton and the detained driver, who were standing along the roadside.

Trooper John Horton, a 15-year veteran of the agency, was taken to a hospital where he died of his injuries. 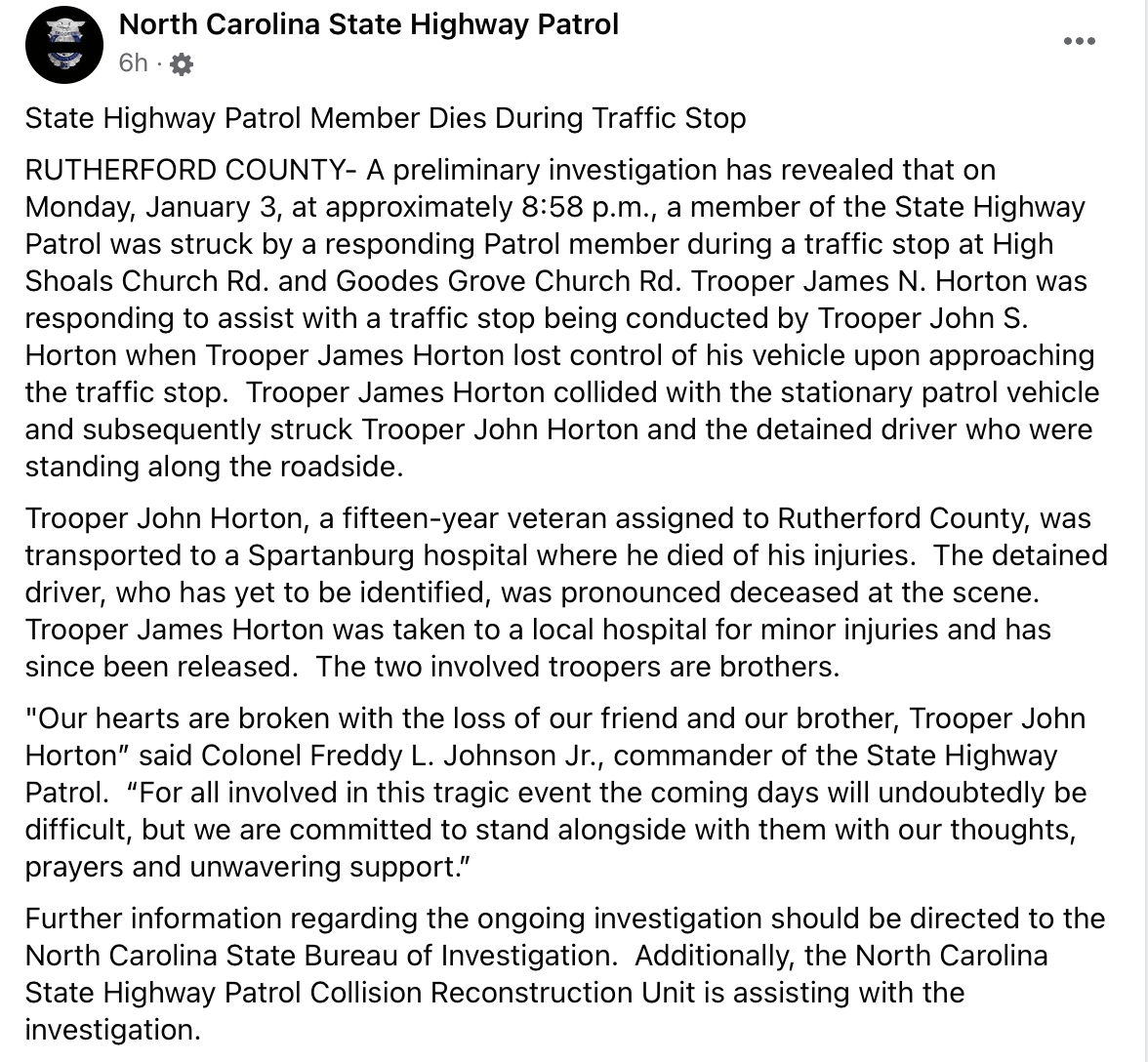 Authorities said the detained driver, who has yet to be identified, was pronounced dead at the scene.

Trooper James Horton was taken to a local hospital for minor injuries and has since been released.

“Our hearts are broken with the loss of our friend and our brother, Trooper John Horton,” said Col. Freddy L. Johnson Jr., commander of the North Carolina State Highway Patrol. “For all involved in this tragic event the coming days will undoubtedly be difficult, but we are committed to stand alongside with them with our thoughts, prayers and unwavering support.