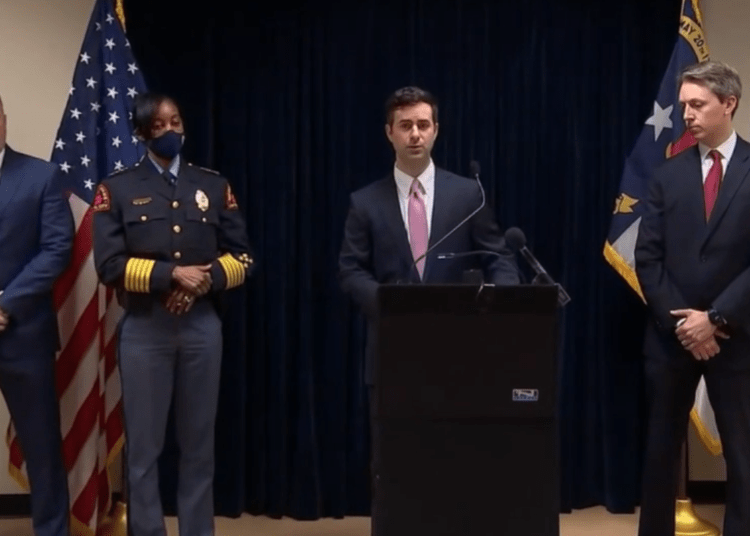 RALEIGH, N.C. — An officer with the Raleigh Police Department in North Carolina has been arrested after reportedly selling narcotics while he was on duty in uniform, according to the department and the U.S. Attorney’s Office for the Eastern District of North Carolina.

Officer Keven Rodriguez was taken into custody by DEA agents on Wednesday after a judge signed a warrant authorizing his arrest, U.S. Attorney Michael Easley said at a Thursday press conference, WSOC-TV reported.

Rodriguez, a field operations division officer with Raleigh Police Department, was charged with distribution of cocaine and possession of a firearm. He made his first court appearance Thursday morning.

According to officials at the press conference, Raleigh police and the DEA received anonymous complaints in the fall of 2021 about Rodriguez being involved in the distribution of drugs. As a result, the agencies launched an investigation.

During the investigation, a confidential source met Rodriguez on Jan. 24 at an abandoned car dealership in Raleigh. The informant gave the officer $2,600 in cash and Rodriguez gave him a controlled substance in return, the criminal complaint said, WRAL reported.

The case is being prosecuted federally due to the amount of narcotics involved — 56 grams of cocaine, according to the news outlet.

Federal authorities say the narcotics transaction occurred while the Rodriguez was on duty, in uniform, driving in his patrol car and with his service weapon.

Investigators witnessed the exchange of drugs for money occur via surveillance, according to the criminal complaint.

Rodriguez has been with the Raleigh Police Department since 2018.

“Law enforcement is a noble and responsible profession. It’s an honorable profession,” U.S. Attorney for the Eastern District of North Carolina Micheal Easley said. “But one who wears the badge breaks the law, it breaches the public’s trust.”

“Today is an occasion that no head of a law enforcement agency desires for their department. The arrest of Mr. Rodriguez is a disappointment to me, the Raleigh Police Department and the citizens and residents of our community,” she said.

Rodriguez faces a minimum penalty of five years in prison if convicted and a maximum of life depending upon variables.