The plan was released based on treatments in low supply 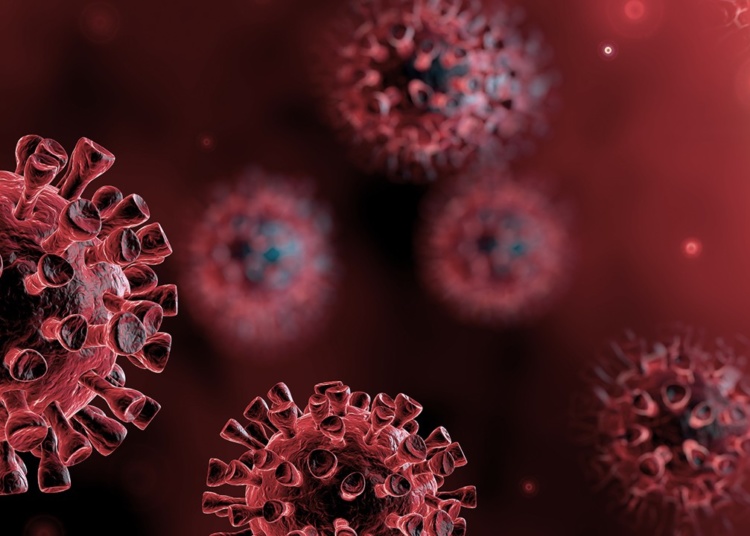 The state of New York has announced that they will prioritize non-White people in the distribution of COVID-19 treatments that remain in short supply. New York’s Department of Health released a document detailing its plan to distribute the treatments, such as monoclonal antibody treatment and antiviral pills.

According to Fox News, the plan includes a section on eligibility for the scarce antiviral pills that people must meet to receive the treatment, including additional risk factors.

One such “risk factor,” according to officials is being a race or ethnicity that is not White due to “longstanding systemic health and social inequities”

“Non-white race or Hispanic/Latino ethnicity should be considered a risk factor, as longstanding systemic health and social inequities have contributed to an increased risk of severe illness and death from COVID-19,” the memo reads. 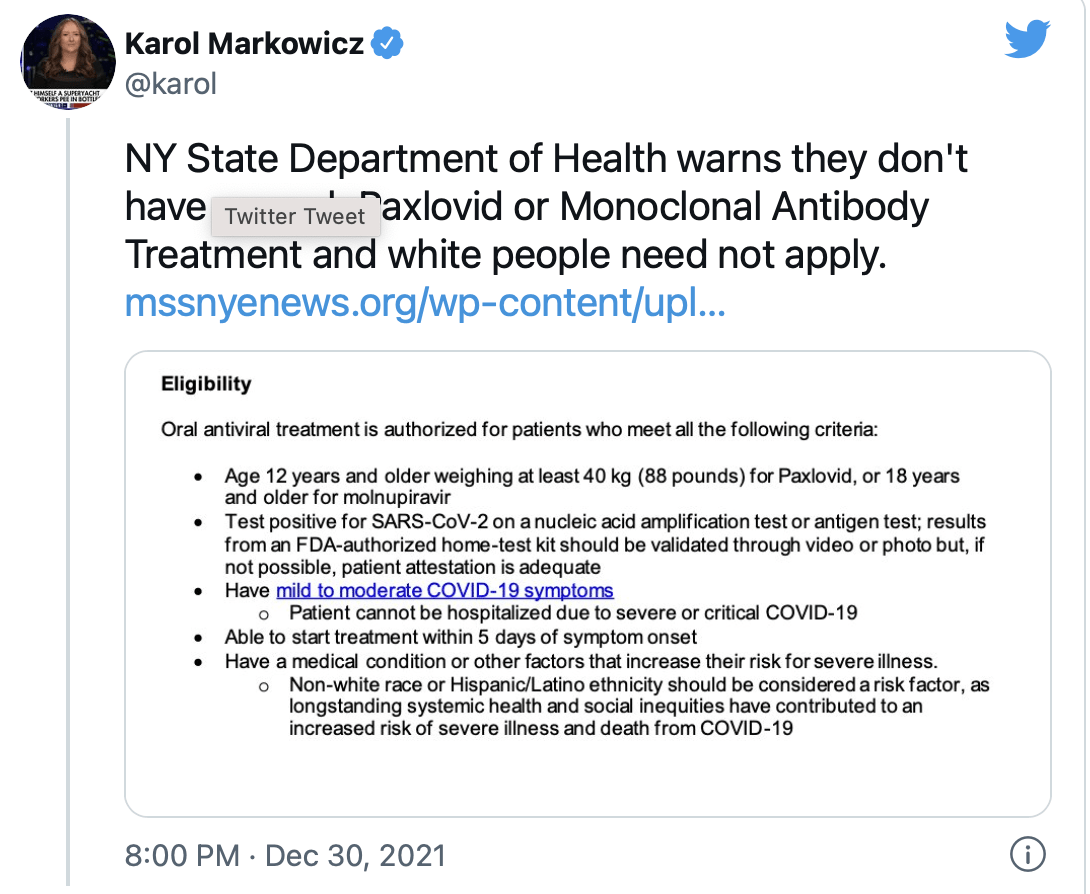 Erin Silk, a spokesperson for the New York Department of Health, told Fox News in a statement that the state’s “prioritization guidance comes directly from the CDC” and that neither “race nor ethnicity would disqualify an individual from receiving treatment.”

“Systemic poverty, which has clearly proven to be a risk factor in populations in New York State and nationwide, is added to the algorithm of prioritization similar to all other risk factors. It is merely mentioned as a factor that increases risk,” she wrote.