A political colleague has accused him of being a repeat offender 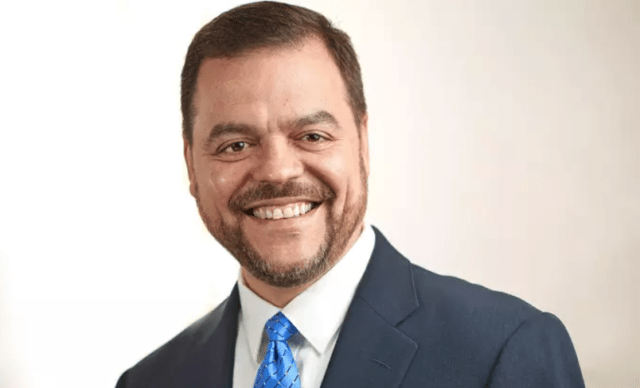 NEW YORK — A New York Democratic state senator closely allied with New York City mayor Bill de Blasio and socialist Vermont Sen. Bernie Sanders turned himself in to authorities on Monday morning after he was accused of strangling his wife during a domestic dispute. In 2020 he also voted in favor of banning chokeholds by police in the aftermath of the George Floyd custodial death.

State senator Luis Sepúlveda, who provided a critical early endorsement to de Blasio during the mayor’s first bid for office, turned himself in to the NYPD’s 48th Police Precinct in the Bronx district he represents, according to local reports. He was accused of strangling his wife during a Jan. 9 altercation and was charged with criminal obstruction of breathing.

#BREAKING – Bronx State Senator @LuisSepulvedaNY just turned himself into the 48th precinct, according to a police source. He’s accused of strangling his wife & a complaint was filed Saturday we’re told.

Sepúlveda has become a leading voice among New York progressives and received attention from national political figures such as Sanders, who used his popular campaign website to spotlight Sepúlveda alongside Rep. Alexandria Ocasio-Cortez (D., N.Y.) as a candidate worthy of support, Washington Free Beacon reported.

“We need to continue building and strengthening our movement from the ground up by electing more progressives to state and local positions, and Luis Sepúlveda is counting on our support,” the Sanders website says.

Sepúlveda’s close relationship with de Blasio has continued since the first endorsement—the pair have fundraised together, and de Blasio was a featured speaker at the 2018 election night party for Sepúlveda when he was voted into the senate.

In the aftermath of the George Floyd custodial death in Minneapolis, when emotions were boiling, the state senator was a vocal proponent of legislation in New York to ban police chokeholds.

Sepulveda told lawmakers in June that police tactics have led to the death and “utter humiliation” of many people of color, WBFO reported.

“I can speak from personal experience. When I was 18 years old, I was arrested because a police officer didn’t like the way I looked at him,” Sepulveda said as New York’s legislature moved quickly to pass laws that would alter how police officers are able to keep the public safe.

A few day earlier, as the legislation was being publicly discussed, an NPR program hosted by Rachel Martin played a soundbite of Sepulveda comments.

“Establishes the crime of aggravated strangulation for police officers or peace officers where such officer commits the crime of criminal obstruction or breathing or blood circulation, or uses a chokehold or similar restraint, and causes serious physical injury or death.”

According to his voting record, Sepulveda voted in favor of this bill as well as others that hinder the function of law and order, police say.

After Sepúlveda turned himself in, Democrats in the state legislature removed him from his post as chair of the state senate’s Committee on Crime Victims, Crime, and Corrections, Free Beacon reported.

“I am immediately removing Senator Sepúlveda as chair of his committee and from all his committee assignments,” said majority leader Andrea Stewart-Cousins in a statement. “I take these allegations extremely seriously and will be monitoring this situation closely.”

“As chair of the Crime Victims, Crime, and Correction Committee, Senator Sepúlveda has an obligation to protect vulnerable individuals,” Ortt said. “As an alleged abuser himself, he has no right leading that committee, and these allegations must be promptly investigated. If these allegations are true, he should resign immediately.”

Fellow Democrat Nathalia Fernandez claimed on Twitter that this isn’t the first allegation of domestic violence against Sepúlveda, and demanded he resign immediately, according to the Free Beacon.

“Unfortunately, this is not the first time allegations of domestic violence have been brought against Senator Sepúlveda,” Fernandez, a member of the state assembly, said. “We need leadership that empowers women—I’m calling for the senator to submit his resignation.”

Neither de Blasio nor Sanders responded to requests for comment from the news organization.

Law Officer is the only major law enforcement publication and website owned and operated by law enforcement. This unique facet makes Law Officer much more than just a publishing company but is a true advocate for the profession.
Share—and speak up for law & order...
Tags: chokeholdsdomestic violenceLuis SepulvedaNYPD's 48th PrecinctS6670B